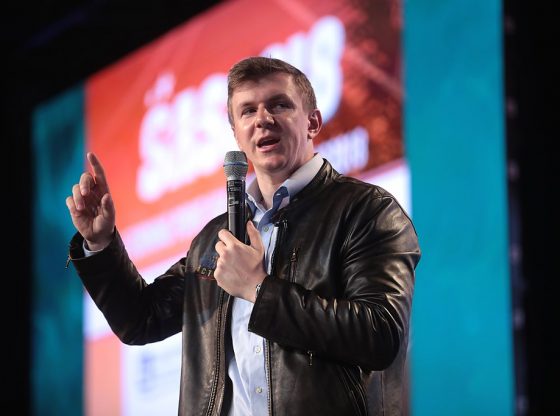 Undercover journalism operation Project Veritas has filed a defamation lawsuit against liberal news network CNN and anchor Ana Cabrera. After Twitter permanently banned the Project veritas account from the platform for sharing “private information” without consent Ana Cabera claimed the ban was part of the platform’s crackdown on “misinformation.”

“Cabrera had knowledge of Twitter’s original reasoning for banning Veritas before she went on air and acted with malice when she said the de-platforming was part of a crackdown on those ‘promoting misinformation,’” Project Veritas contended Monday.

The group noted that Cabrera, days earlier, “had tweeted that the ban was in fact for an alleged violation of Twitter’s privacy policies – not for misinformation as Cabrera stated.”

The ban and lawsuit came after Project Veritas released undercover footage of a CNN employee saying the platform worked to sway the 2020 election. Recently, popular podcast host Joe Rogan praised Project Veritas for exposing CNN for its lack of ethics behind its so-called journalism.

Biased lying reporting is NOT REPORTING, it is PROPAGANDA for it’s owners and the ones it is politically supporting. And it does sway public opinion with those lies because too many voters are not well informed and still believe these propaganda machines like they have in those government controlled countries like China, Russia, Canada, Venezuela, etc. and the USA is in that same boat with those who want to control the populations with their lies. Time to wake up America!!

Nicely stated!! And right on. Keep these comments coming. Educating those Americans who just don’t see the issues with this fraudulent govt need to know and understand what is going on in the U.S. And if those uninformed people do not wise up, they are going to lose their “Freedoms” and their Country!

Lawsuits, eh? Wonder if anyone that works for twitter has ever seen a building hit by 4.0 rockets?

CNN has lost so many lawsuits it is a wonder That they even exist.

CNN is a “loss leader” for its billionaire owner. He uses funds from other businesses to prop up his fake news because he hates Trump.

James O’Keefe knows about the law suit. I hope he nails CNN and Ana C, she is a snake.

I guess history does repeat its self, unfortunately 1/2 the country is to stupid and brainwashed to see

Even if we get it on the ballot the dems know how to cheat perfectly. I have little hope for a change too many liberals are here for the freebies and with the illegals and dead people voting it will be a challenge.For 5 decades the rats have been in power.

Sorry, there is NOTHING HONEST FACTUAL NOR TRUTHFUL about CNN’s misrepresentation of news. NO ONE I know ever watches CNN because CNN is biased to the Left democrats. We have enough of the democrat’s ignorant trash talk without adding CNN’s “fictional” accounts to the mix!

REMOVE CNN from your viewing list. You will be glad you did!

Way to go Project Veritas! James O’Keefe is a patriot and a true American! He has made it a mission to expose government corruption and he is doing a great job.

Thanks James O’keefe for exposing the RATS. Praying for your success and for the success of all Patriots exposing voter fraud and lack of integrity in our election systems. If Alien Migrants voted Republican the Democrats would be demanding deportation.

WOULDN’T THEY HAVE TO REGISTER AS A FOREIGN… THEY CAN’T HIDE BEHIND THE FREEDOM OF THE PRESS IF THEY ARE WORKING TO ELECT SOMEONE BOUGHT AND PAID FOR BY CHINA AND IRAN! ALSO THEY WOULD LOSE ALL FIRST AMENDMENT PROTECTIONS!

Not so John, the truth is that apparently EVERY corporation in the USA regardless fo who or what they represent is considered “media” and protected under the Constitution. However working to assure the election of a particular candidate is a contribution “in kind” and both a taxable event and a violation of election contribution laws.
This leaves those corporations OPEN to suit by ANY shareholder. Also, UNLESS the company can PROVE that the election fo that official benefits the company (prove in court), then it is a misuse of corporate funds! This means that EVERY share holder has the right to RECOURSE.

The MSM is strongly politically aligned with the Democrat Party, and they lie just as much as the Democrats. All of them are “no damned good”.

Hearing it straight from the CNN official and calling it a lie indicates how stupid the media and the America hating social media heads should also tell you how stupid Americans are, at least 50% of them.

KARMA. What goes around comes.

That footage admitting the attempt to sway the election may have been an illegal act and at least could result in billions in value to the Biden Campaign. Therefore it would be a taxable event so to speak and be a violation of election contribution laws. most likely a felony violation as it is and was WILLFUL.
This is why they NEEDED the footage off the air.

So, the FBI and the IRS should be informed and the accusation made that this was an “in kind” contribution and used the entire resource of this major corporation for a year or more.
This accusation would allow EVERY SHAREHOLDER to sue for wrongful use of corporate assets, the suits would be against EVERY officer, every board member and every employee that was involved.

The real issue here is that not one conservative attorney can figure out these basic tenants of law!!! Really boys and girls get your act together. There is billions on the table here.

OK! I need some follow up on this story….please keep us all informed to where this will end up. It is time to shut these Communist up once and for all.

Bout time CNN got it nothing but Propaganda and lies. They don’t know how to tell the truth.

Wait till they turn on each other.

Hallelujah! It’s about time somebody sued these clowns. James O’Keefe should sue each person who had a hand in this civilly & hopefully bankrupt each one of them. Then these capitalists will really get to live as socialists.

I truly hope Mr. O’Keefe is successful in his civil suit. Take them to the cleaners James.