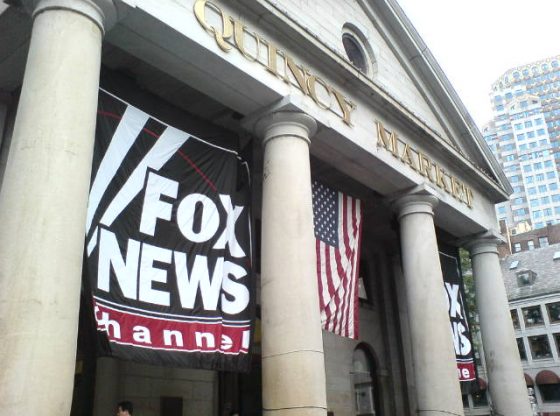 Federal Communications Commission (FCC) Commissioner Brendan Carr slammed the Baltimore City State’s Attorney’s Office for attempting to use federal force to silence local news outlet WBFF Fox 45. The State Attorney’s office led by Marilyn Mosby recently filed a complaint against the Fox News affiliate claiming the network was purposefully “endangering the lives of Mosby and her family with “racist” news coverage.” Mosby made the complaint as WBFF Fox 45 has been reporting on the work of the State Attorney’s office and Mosby who are under federal investigation.

However, FCC Commissioner Carr said the FCC would immediately dismiss the suit and slammed Mosby for attempting to silence the network. Carr also said Mosby’s complaint is part of a larger  “troubling surge” in Democrat’s attempts to censor free speech and news coverage.

The State’s Attorney’s Office, led by Democrat Marilyn Mosby, has launched a chilling and direct attack on free speech and journalistic freedom. The complaint her office filed with the FCC asks the Commission to censor a newsroom simply because journalists are doing their constitutionally protected jobs and shining a light on the work of the State’s Attorney. Invoking the power of the state to silence journalists for unfavorable coverage strikes at the very heart of the First Amendment.

It is particularly troubling that a public official would work to silence reporters that are investigating her work at a time when federal prosecutors have already opened a criminal investigation into her activities.

Yet this complaint is part of a recent and troubling surge in efforts by Democrat officials to pressure the FCC and its regulated entities into censoring news coverage and political speech that Democrats don’t like. The FCC should make clear that it will not operate as the DNC’s speech police. That is why the FCC must dismiss this complaint with prejudice by the end of today. No journalists should have a complaint like this from their city’s top prosecutor hanging over their newsroom.

Carr’s statement also noted that WBFF Fox 45 has also recently been awarded “four prestigious Regional Edward R. Murrow awards for journalism excellence, including for one of its stories covering the work of the State’s Attorney’s Office.”

Advertisement
Jim Jordan Needs YOUR Help [ACT NOW]
Cheney Responds After House GOP Vote, Will Do ‘Everything I Can’ to Keep Trump From Presidency
Joy Reid Says Sen. Cruz is Betraying His Own Race By Opposing Dems Partisan Election Bill

This article is dated May 12. Today is Saturday the 15th and therefore I just received it. So my question is did they dismiss the complaint that very day or not?

There is NOTHING more dishonest than a Democrat – unless it is two Democrats! And what that means is that the American Democrat Party is a horrid conglomeration of lying trash, who are trying desperately to overthrow the United States government under the Constitution, and replace it with a socialist/pro Communist dictatorship, in which THEY will have complete power and complete control. The modern Democrat Party is anti American, anti Constitution, and simply “no damn good”. They belong in Guantonomo Bay, Cuba, for the rest of their lives.

It may have taken a day or two to respond to this ridiculous charge by Maryland’s leftist Socialist/Democrat AG, but is it good to hear that some agency’s are not going to become mouthpieces for such false allegations and will protect freedom of speech from opposing views. Be nice if Social platforms like Facebook, Google, Twitter and YouTube would practice allowing opposing views also. But they haven’t the backbone to do so.

In my opinion she has to be the most ignorant AG in America. She handled the Grey case in Baltimore. She tried to get 6 policepersons convicted for a crime they did not commit. In fact several law professors tried to get her fired. She did get $6 million for Grey’s family. What was really funny was it was a criminal case but she went to the Family Court to report it among other stupid things.

Democraps = the illegal mob.
Do as I say NOT as I do.

Same old story with the insidious Democrats — do as I say and not as I do; freedom for me but not for thee. The one and only “law” these socialists consider, as they strive diligently 24/7 to destroy our Constitution and the freedoms and liberties it was created to ensure. I mean, it isn’t like they don’t get support for their rhetoric and agenda from 95% of all broadcast networks, and have free reign to do/say anything they want on social media, while the liberal-run social media and networks shut down conservatives for no reason but that they’re conservative! Very thankful to see, though, that the FCC is finally telling them where they can go with their request to shut people up, simply because they don’t like what they’re saying — never mind it’s the truth! Thank you, Commissioner Carr for standing up for what’s right! 🙂