Meet The Liberals Who Attacked America on Independence Day

Meet The Liberals Who Attacked America on Independence Day 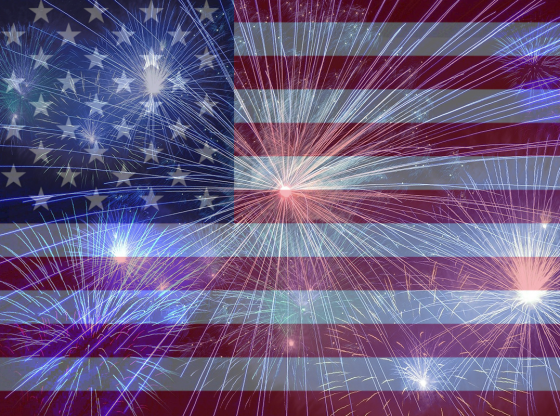 This year’s independence day was like no other before it as many on the left took the opportunity to attack America on its birthday. The comments from some of the nation’s leading papers and figures were negative and highly critical of the country and its citizens. Even many on the left were appalled by some of the things being said.

Here are the liberals who used Independence Day to attack America.

Maxine waters breeds hatred and division. She is an unhappy woman herself and is a real downer.

She needs to go to prison.

No country/empire made more money from the slave trade than England. We revolted against the revolting English and their equally revolting monarchy. We should indeed be celebrated.

America blacks never mention black slave owners and white slaves. It is always “alas poor black me” But tons of blacks are starting to fight back. Good old Maxipad has a “defamation of character” suit against her for saying a black man who served 11 years honorably in the Navy but accusing him of being dishonorably discharged when he ran against her. he is running again in 2022. She also has a court appointment for DEMANDING two U.S. Marshall escort her to Minneapolis when she had 4 guards with her. Those Marshalls were supposed to be on a plane in case of trouble.

If all these people hate this country and can’t see what is great about the founding father plan then leave go live in another country for a year. When that time is up then you will know what is great about our country. If you want to do nothing but cry because your race wants to stay in the inner city and a vast majority does not see the need for higher education then stop blaming us do what it takes to better yourself because that job is yours not ours.

If you move don’t come back. If your gonna listen to the false lieing hype then maybe you don’t belong here. The demturds are telling you lies and once again using you like Obumturd did. They want nothing more then to race bate everybody and that means everyone no matter whom you are. Look at what the are doing. Letting illegals in without being tested no plan on feeding these ppl in the future nor jobs or anything nothing et all. They only want them for the vote. Once again they are using ppl for their favor. Don’t you ppl get it. They are crasping at straws. Making up crap with the false lieing leftists media. They all need to be shut down the whole lot of them.

you people make me sick—if you hate America so much–get the hell out of here
I’m sick of your whining, wimpy, snowflake selves—look around-where is all this oppression and racism? No where to be found—millions of people want to come here
why is that—you morons can’t figure it out that’s for sure everyone of you are privileged
where you live, where you work, how much money you make—-etc you are all a bunch of
phonies—-cry me a river~~~!!!!

The left are troublemakers with a Capital T….they are socialists who want to cause continual chaos so nobody can live a normal life. THEIR MOTTO IS NEVER ALLOW THE PUBLIC TO COOL OFF, KEEP ATTACKING AND DEMONIZING AND CAUSING PEOPLE TO GIVE UP AND LET THEM TAKE OVER.

You are Right Dee S , but the Capital T doesn’t stand for ‘troublemakers’ as much as it stands for ‘TREASON’ and ‘TRAITORS’ which is Exactly what they are Doing and what They Are, the entire Dementiacrat Party needs to be removed.

The left wants to ruin America for the rest of the new generations!

To all of the WOKE LIBERALS….go Blow it out your ears! We don’t care what you THINK! MOVE TO NORTH KOREA!

Yes and do it now!!! Too many people are dying to come here and give it a try. So pack your glad rags and leave this country for good. America doesn’t need whiny sack like you!!

If those people who are trying to change the flag, Constitution, 1776, etc. don’t like it here, there are plenty of countries they can move to…Cuba, Venezuela, N. Korea, China, etc. We will be quite happy without them.

Take trip to Africa and then tell me about the condition of the blacks.

These anti-Americans don’t influence me one iota, nor do they intimidate me or cause me to stumble. I am staying on the right path and we should all stick together in condemning these hateful, anti-semitic, anti-freedom radicals, they are not how the majority of Americans believe, they try to intimidate and push their will off on patriots and good people who have always loved their country.

National Geographic disgusts me. When in the JAN issue a couple of years ago they came out and defined all the 10+ (whatever) genders, we unsubscribed. Now they say that communities of color are disproportionately harmed by fireworks displays. Pardon me? In our ethnically diverse community our only 4th firebugs were the BLACK family across the street and they blasted firecrackers all evening and DID NOT EVEN BOTHER TO SWEEP UP.

It is time for all America haters Pelosi and Associates to get the hell out of our country.Venezuela China Russia is waiting.

To hell with a bunch of leftist lying, low life niggas.