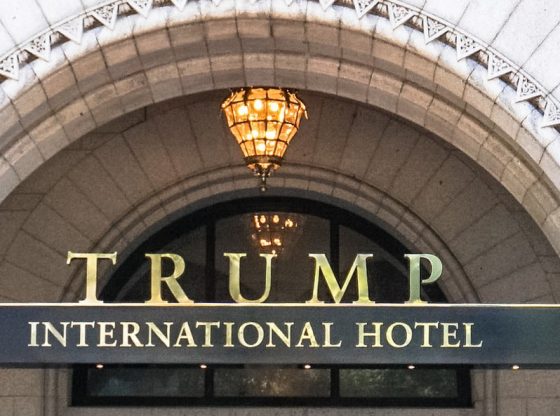 United States District Court Judge Amit Mehta narrowed a House subpoena for former President Trump’s financial records. The judge ruled that while the inquiry is overly intrusive it may continue in a more limited scope ordering Trump’s accounting firm Mazar’s to hand over two years of the former president’s records to Congress.

But Mehta, who was appointed by former President Obama to federal district court in D.C., threw out the House Oversight Committee’s effort to obtain a broad swath of Trump’s personal financial records, saying that the lawmakers’ rationale of seeking to bolster presidential disclosure laws does not justify the constitutional concerns posed by the subpoena.

“Such limited legislative need cannot justify the degree to which the Maloney Subpoena imposes on the separation of powers, even in the case of a former President,” Mehta wrote.

The judge added, “The more Congress can invade the personal sphere of a former President, the greater the leverage Congress would have on a sitting President.”

While Trump has since left office, Mehta said in his 53-page decision that he still has some protections from congressional inquiries under the Supreme Court’s Mazars decision.

However, Mehta ruled that Trump’s lease with the General Services Administration (GSA) for his Trump International Hotel in D.C. is still open for the Congressional Oversight Committee to investigate if he violated the Constitution’s emoluments clause.

Why aren’t Bidens tax returns being scrutinized for his decades of influence peddling fees? Oh thats right, I’m sure he didn’t reveal that on his 50 years worth of tax returns, crooked grifter that he is

You are dealing with the WORSE CORRUPT PILES OF DEMONIC CRAP! They all need to be arrested, judged and hang! I’ve just seen for the 3rd time, that the CDC is discussing making camps to keep people separated. The ones who are vax, and the ones who are not . WOW! We’re back in 1941 where hitler was pushing to get the Jews in boxcars, under the pretense that it will be good for them! One lady, who posted her findings on the subject, was automatically taken off! Is America going to sit on its hands, or stand up and fight?

what can we do?
AG Merrick Garland said once thing but do the other! SAD!

He and his wife have all their money in Sub Chapter S corporations created in Delaware. I understand that this is a barrier hard to break into. America is getting screwed by this idiot and people cannot think he is a nice guy regardless of whatever he says…or mumbles.

do what the dems do.. just dont give them anything…dems do what they want when they want with no consequences… do the same thing and offer that as a defense… just sayin

The witchhunt continues relentlessly. Socialist hate is like from another planet.

And I thought most Indians were patriotic lovers of America! Is it not so, Sahib?

Biden should already be in prison!

Not so surprising. He closes the door to investigating Biden, but leaves a small gateway to try and hang Trump.

The entire democRAT party needs to be taken out.

FOR SURE THIS JUDGE NEEDS TO FIRE AND HIS LICENSE REVOKED.