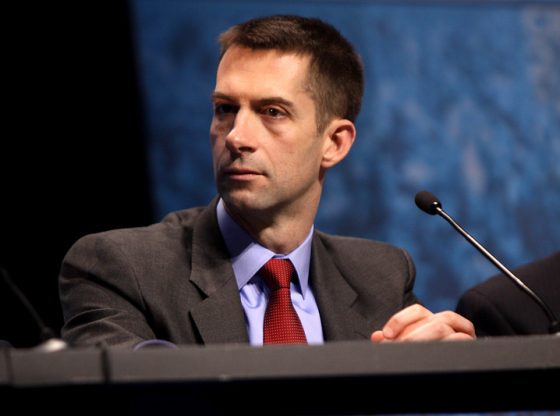 The Senate narrowly passed an amendment in the $3.5T reconciliation package that will block federal tax dollars from going towards teaching critical race theory in schools. The Senate passed the amendment 50-49 in a late-night session. Arkansas Sen. Tom Cotton introduced the Stop CRT Act last month.

“They want to teach our children that America is not a good nation but a racist nation,” Cotton said on the Senate floor ahead of the vote. “Those teachings are wrong, and our tax dollars should not support them,” said Cotton, referring to CRT as an “un-American ideology.”

“My amendment will ensure that federal funds aren’t used to indoctrinate children as young as pre-K to hate America. Our future depends on the next generation of kids loving America and loving each other as fellow citizens, no matter their race.”

“Sadly, today some want to replace our Founding principles with an un-American ideology called critical race theory,” Cotton said. “They want to teach our children that America is not a good nation but a racist nation. Those teachings are wrong and our tax dollars should not support them.”

Cotton noted that that 30 schools in 15 states have assigned the CRT-inspired book “Not My Idea: A Book About Whiteness,” that depicts “whiteness” as the devil. He said that Head Start, a federally funded pre-K program had previously hosted anti-racist webinars, the New York Post reported.

Over the past months, the conversation surrounding critical race theory has exploded across the country, leading to intense debates in multiple school systems. Loudon County, Virginia has become somewhat of the epicenter for heated debates on the controversial teaching principle leading to fights and arrests.

End the real lunatics running this country – Pelosi and Schumer – as well!