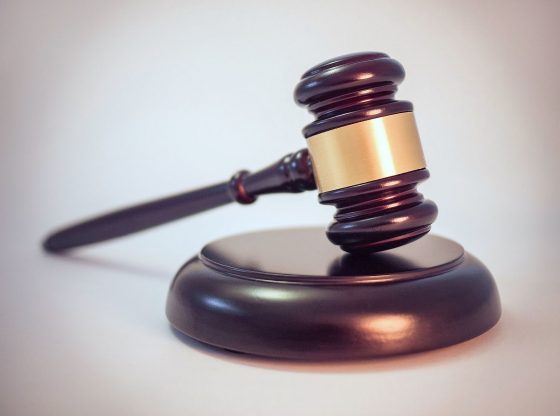 A Federal Judge in Louisiana has blocked a college’s vaccine requirement for students.

U.S. District Judge Terry Doughty said the private college violated that law with its vaccination policy and issued a temporary restraining order of the policy until the case can move forward.

The students sued claiming the policy violated their religious decision not to get the vaccine.

According to The News Star:

Three students who filed suit against the Edward Via College of Osteopathic Medicine Louisiana campus have won a temporary restraining order against the college.

The medical college, better known as VCOM, is restrained from mandating the three students get vaccinated as a condition for their enrollment as well as retaliating against the students for their lawsuit filing.

The ruling comes after the school had already agreed to allow the students to enroll without being vaccinated under a religious exemption. The three had sought the restraining order before that decision by VCOM was made.

VCOM students Rachel Lynn Magliulo, Matthew Shea Willis and Kirsten Willis Hall filed a lawsuit against the college at the beginning of August because they said they were denied a religious exemption from the college’s vaccine mandate. Despite now having approved vaccine exemptions, they claim the conditions surrounding their exemptions prevent them from fully partaking in their education.

“VCOM students are allowed to use the ULM library and other facilities, attend athletic events, participate in intramural sports, and are for all practical purposes, ULM students,” Doughty wrote. “Although VCOM is a private university, it is clearly entwined with ULM policies and entwined with ULM management and control.”

“Even during a pandemic, we must protect the rights of our citizens,” Republican Attorney General Jeff Landry said.

Finally, a judge that does the correct thing, you know he was not appointed by globalists or globalist puppet barry soetoro and his husband big MIKE .

vladimir
Now tell me a school system in this USA where any child can go if they have not had their shots, safety of our children is the prime concern, you can change it to any thing you like but those required shots are a huge preventative for our children, teacher, and parents.

No child is required to take an experimental vaccine.

vlad, If the “children, teachers, and parents” you want safe have had their shots, what would be the need of forcing all to succumb to the experiment?

Just how huge is it and why? Couldn’t have anything to do with the hypocrisy of requiring citizens to conform to an unconstitutional hoax while letting non Americans to infect us all. How do you get to the point of illogical thinking as you have demonstrated?

Thank you AG Jeff Landry. As a former resident of the great state of Louisiana I appreciate you watching out for rights during this “pandemic.” Now, arrest Bill Cassidy for treason. And, stop the New Orleans Saints for invading my privacy by making me show papers. They are the Nazis.

Stop attending Saints games and watch them fold after their funding is cut off. Ticket and beer sales is what keeps them paying millions for players. Stop funding them. If you do not attend, you do not have to show papers.

No way would I go to any pro sports game. College is much better and you don’t get anyone kneeing to our flag stupid idiots. What that flag represents is unsurpassed. The lives lost the tears cried all for your freedoms.
What families gave up . Now the ppl running all countries are taking it all away. Let’s see how many ppl are still here in 3 years.

Quit the NFL until they stop their crap!

Unfortunately judicial restraining orders do not apply to viruses . Thus provide no protection from infection ,hospitalization and death. The virus will have the final say in these disputes.

Even if someone gets hit by a car while walking on campus?

Covid related injuries apparently ..it’s BS DemSoComms trying tosare everyone ..the flu is worse..and China Joe Biden is more deadly than anything else we could catch

It’s our Constitutional rights to refuse the Covid shots!!! We’re not force to get the flu shot and more Americans died from that!!! Dr. Yeadon stressed that ppl should NOT get the shot!!! Dr Yeadon also said this is for Mass Depopulation!!!!

This forced vaccine is total tyranny!

You lawless scum bags don’t go by any laws….you make up your own and destroy the Bill of Rights…. Get the show on the road and start forcing them…..lets quit hearing threats and get down to business so We the People get ready for you. No wonder they forced this crap on Australia, but they had to take away their guns first.

Brass up ..and aim small

Great news! A judge agrees that the Constitution implicitly acknowledges that each person has bodily autonomy,and that the Nuremberg law still applies.

It is not the governments job to take care of us from cradle to grave. There job is to inform us of something that could be harmful to the citizens and then let the citizens do what they think is best for them.

After this there will be all kinds of virus’s so the government can take our freedom away from us.

If you want the vaccine take it then they say you will be safe, that must not be true if they then say those who took the vaccine must still wear the mask and do the social distance thing? So does the vaccine work or not?

Lately they attempt to keep us from the cradle,and want us to hurry to the grave. Just think how much money they could have to spend if all the Baby Boomers were gone.

Since the CDC now says there are 30% “breakthru” cases, I would say the vaccine isn’t delivering as promised. It has side effects and can be deadly. There are people who should not be getting the vaccine, so we all should be able to make our own decisions on this. Since my granddaughter started school, she was exposed to covid by someone (a teacher) who failed to stay at home when a family member had covid, went to school, then tested positive the following day for covid. This teacher was fully vaccinated and wearing a mask. So now my granddaughter is missing school because she was exposed and showing no signs of covid at all because she isn’t vaccinated. Yet the school claims that fully vaccinated people CANNOT spread the virus. Their thinking is all twisted. They are hurting the education of all people with this nonsense!

From what I’ve been reading fully vaccinated actually carry a 250% more viral load than a person infected by Covid. The shot itself is the bioweapon. And they are in an awful big hurry to get the jab into everyone. The Pfizer CEO won’t take the jab. Hmmm.

NOT getting ANY of your vaccines and there is NOT ONE THING YOU OR anybody else can do about it…FACT…..Anybody come up to my door telling me I have to,,well HEAVEN HELP THEM,,,

They love to make threats and try to scare people into submission! They don’t have any legal standing to do this.

Forced vaccine mandates are against the Hippa law, Nuremberg code, and the 4th amendment. Its time to uphold the laws and the constitution and the freedom that we are all entitled to.

The judge made a good call. How can anyone trust the FDA and who cares what they say when they won’t even tell us the ingredients in the “Vaccine” aka JAB. This University and every University in the country has no right to mandate a vaccine. Has anyone recently read the mission statement of the FDA by its founder, Mr. Rockefeller. It basically says that they’ll give us medicine and tell us we’re getting better while all the time they’ll be getting us sicker and shortening the patients life. Are you kidding me? Screw the FDA and praise the judge who made the right call.

In the FDA latest EUA letter they changed the name of the vaccine to that of a biologic medicine. So I guess we need to start researching what the laws are on making people take a biological medicines.

This is great, but another judge upheld the mandates by another college. Now we have this quagmire! One judge says yes, the other says no.

this is FAR from the last lawsuit .. The “issue” needs to be adjudicated based on the constitution’s “inalienable rights” clause as well as the NUMEROUS other clauses that address the rights of citizens to not be intimidated or compelled to do anything that would violate their FREEDOM .Just read the constitution. ALL “our” protections are clearly stated. A BIG marine ooh rah to the students that stood up to tyranny !!

If this decision is on hold then the students who refuse to get the shots should also be on hold, until a final decision is made. Now unless i am badly mistaken any place has a right to make their own rules as long as they are not discriminatory as what the law says about discrimination. Now I was in the Military and moved around a lot and every place we went in the US or foreign countries the children were required to have all their shots before attending schools, why is this any different at this college.

Your children were not required to take an experimental jab. Those vaccines have been through years and years of research and clinical trials. The COVID vaccine was cooked up in about 6 months with trials still ongoing. With a plethora of ‘rare break though’ cases the vaccine doesn’t seem to be keeping people from getting or giving the virus. Even Walensky at the CDC has said the vaccines wear off and therefore people are going to need a third shot.