President Biden’s choice to force the United States military to get the vaccine is not sitting well with soldiers. For 19-year veteran US. Army Lieutenant Colonel Paul Douglas Hague President Biden’s vaccine mandate was a “tyrannical” overreach of his power and caused him to resign from the Army and forgo his pension. In a blistering resignation letter, Lt. Col. Hague left nothing back as he unleashed his fury on Biden.

Read the letter below. (per The Daily Wire)

First, and foremost, I am incapable of subjecting myself to the unlawful, unethical, immoral and tyrannical order to sit still and allow a serum to be injected into my flesh against my will and better judgment. It is impossible for this so-called “vaccine” to have been studied adequately to determine the long-term effects. It simply has not existed for enough time and any claim otherwise is blatantly ignorant and likely an outright lie driven by negligent political agenda. Furthermore, ample studies show that naturally derived immunity based on exposure to the virus offers far superior protection than the mandated “vaccine.”

“I cannot and will not contribute to the fall of this great nation and its people — those very Americans whom I swore to protect the liberty of at all costs,” he continued. “The values that our nation was founded on, has lived by and thrived under, have been utterly decimated by the current presidential administration and the leadership of the military; to include the Army. We are watching the fall of liberty at this moment. Governors and mayors forcibly locking down millions of Americans, restricting them from their unalienable right to pursue  happiness, forcing them out of their jobs and their ability to participate in the most basic and fundamental rights life offers because of their personal beliefs and values.”

“These are the same values that we service members offer our very lives to protect and now we are being used as tools to boost the numbers of vaccinated people in order to further distance and alienate those who, knowing the personal risk of the disease, have freely decided to remain unvaccinated,” he wrote. “I cannot be used as a tool against them, as they are my daughters, my son, my siblings, and my friends. They are the Americans that deserve my support and love.”

Lt. Col. Hague didn’t simply attack Biden for forcing military members to get the vaccine but also pointed to the disastrous withdrawal from Afghanistan.

A complete lack of confidence in the presidential administration and secretaries directing the military — as demonstrated by the sudden and rash, at best, but pushing traitorous withdrawal from Afghanistan. The strategic decisions with regard to Afghanistan made by these people have not only unnecessarily cost the lives of 13 service members and many Afghanis, but have undoubtedly set our nation up for many more attacks both in Afghanistan and within our own borders. While the need to respond quickly to move friendly personnel out of harm’s way may have been necessary, I have concerns that appropriate screening of personnel could not have taken place with the chaos and haste of the operations —  potentially leading to transporting threatening terrorists to friendly nations, including the United States. This entire situation was completely preventable by following the most basic tactics taught in all military schools to every Soldier in the Army. Establish security first and remove security last.

For our military leaders to overlook this at the level they operate gives reason for total lack of confidence, and even cause for concern that the best interest of the United States, Her people, and Her allies is not what is motivating those in positions of authority. What I view as an ideologically Marxist takeover of the military and United States government at their upper echelons.

President Biden’s decision to force Americans into getting the vaccine has been met with sharp criticism. On Tuesday, Arizona became the first state to sue Biden over his workers mandate. 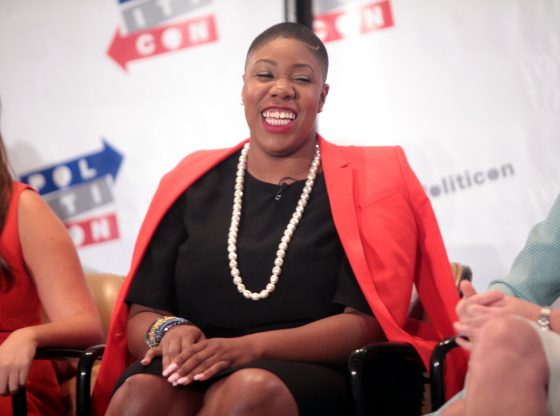 To hell with tyrants.

Jeez! What crawled up his butt? The military are vaccinated for many things, and the vaccine is now fully approved, so follow orders, sir!

Have you ever heard of the Nuremberg protocols? That protects servicemen from
experimental trials. It is accepted by all first world militaries. No service member is under obligation to obey illegal orders. You must be a draft dodger or a coward to have not served.

No………. he is a Democrat filled with the same filth as Biden

With Fauci and Biden sitting on the FDA, they caved even knowing in there hearts the vaccine is not tested for long term effects

Fauci must be FIRED and INDICTED for lying to Congress, about funding the killers in China, the Fathers of the COVID 19, that have killed over 10 million people. THAT IS AN ACT OF WAR WITH CHINA. Get our nuclear Cruise Missile’s loaded, to take out that lab first, then some of the military living area’s ? Mabe the Bunker Busters would be a good start. Set them to explode 20 feet above the ground?

And what are the complications caused by the jab after one year, five years, ten years, or longer? Just saw the results of three studies that indicated the jab doesn’t create long term immunity compared to those who are not vaccinated.
The vaccines the military typical administers to their members have proved successful after many years of use.
This use to be the United States of America where citizens could choose what happens to their bodies – after less than eight months, the totally incompetent idiot in the White House is trying to become our first dictator – Buck Fiden!

Yes the military is vaccinated with proven vaccine not garbage like this. Look how many have died and put in hospital from this vaccine. When you have leaders like milley is really more dangerous to our miitary the the enemy. milley is a totally idiot he is suppost to be looking our for the men and women of the military which his is not. He is looking out for china.

Can you read or are you stupid?? the vaccine has had many bad side effects . keep up forrest oh i forgot “stupid is as stupid does”

the only FULLY approved is Comirnaty, and THAT sir, is NOT administered in the USA…. feel free to call the FDA or Pfizer to confirm…. we did !

Just me
Reply to  schmed

You are nothing more than another brainwashed demolemming that is foolish enough to believe all of the demoscum excrement they have been pumping in all of your orifices. He speaking from his point of view which is a hell of a lot clearer than yours you uninformed fool.

Be very concerned because when the career soldiers that you demand to be blindly compliant start resigning, there are some serious issues. They will not be on your side to support your attempted Marxist takeover. However, they may very well have be there on the side you don’t want to meet up with.

Follow orders from WHO??? We are not sheep….good luck with your injected body & you should probably do some research to find out what was in it…..

It has NOT been approved by the CDC

No it is not fully vetted and approved. One has been approved and if you will re read Lt Col’s first paragraph it has not had enough time for the medical professional to find the problems with it. Having spent my entire professional career in medicine I will refuse any experimental drug until it is full vetted and approved! Not a political approval, and that is what Pfizer’s drug iss.

I support Lt. Col. Hague on his position and opinion of the Vax mandate and the treasonous withdrawal from Afghanistan. Biden and his cronies need to be investigated and any future actions which negatively affect US citizens needs to cease immediately.

Schmed, you are an idiot.

Finally a soldier who is willing to stand for freedom . Gave up his retirement benefits in protest of vaccines mandatory. . Wish this guy was my next door neighbor .

So 5 years from now when the birth defects start skyrocketing and people start suffering unexplained medical issues
AND
the lawsuits start flying….who pays???
I KNOW…. THE TAXPAYERS WILL BE THE ONES WHO PAY THE COSTS!!!!!

Lt. Colonel, you are a true American. Biden, Schumer, Pelosi, Fauci and all democrats are undermining our Nation with open boarders, dumb down education ( which Daniel Patrick Moynihan warned us about) and stealing the 2020 election.

Riddle me this,
A “Vaccine” by definition provides immunity right???
So if you have both shots and can still get sick please explain what immunity is provided???
There for your crap is not a “Vaccine”
Thanks for playing sumbags see you on the battlefield!

The president had the definition of Vaccine and Vaccinated changed last week to say the vaccine provides resistance to catching Covid; not prevents you from catching it. What this actually does is verify that the shot is not a true vaccine.

Exactly…if is NOT a vaccine.

We don’t take Political orders from an old criminal filthy Biden family Mafia leader ?
The military has the right to say no, you mindless old Irish Bastard?

the Lt Colonel is correct and I hope he sues for his retirement. Milley is another traitor and needs to be hung with Biden and the controling people (the super rich that has bought our govt, media, etc) all need to be brought to justice without prejudice and harshly. Thakyou so much Lt, Colonel Paul Douglas Hague… You are the leaderwe nedd in place but they would have tried to get ride of you because you are not a sheep and just follow blindly. I look forward to the blind followers meeting karma. Hope I have a comfy chair, popcorn, a good drink and enjoy the show.

Hidenbiden doesn’t have the power to mandate this bs, tell him to go fly a kite, the tyrant thinks he can get away with anything, but he is a delutional, mentally unstable, sockpuppet, that needs to be removed for total incompetency, along with milley, the traitor.

Thousands have died from these experimental gene therapy jabs so why all the pressure and hatred towards those of us that have avoided the poison. It’s unnecessary!
I’m thankful for patriots like Lt. Col. Hague and his thoughtful, well written response to the unconstitutional vaccination order.