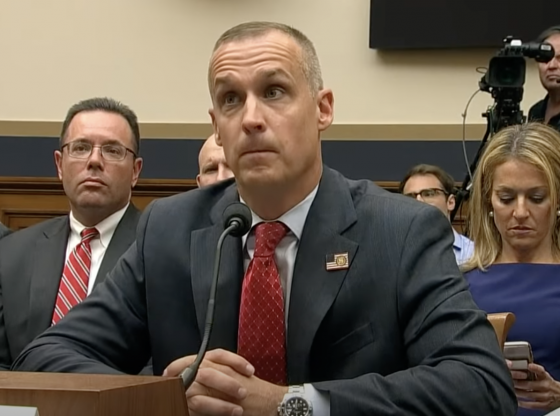 Former Florida Attorney General Pam Bondi will be taking over Lewandowski’s role within the Trump PAC.

The move comes the same day allegations were published against Lewandowski claiming he made unwanted sexual advances against Trashelle Odom, a Trump donor.

“On the evening of September 26 in Las Vegas, Nevada, I attended a dinner to support a charity and spend time with wonderful friends,” Odom told Politico. “He repeatedly touched me inappropriately, said vile and disgusting things to me, stalked me, and made me feel violated and fearful,” she said, referring to Lewandowski.

“I am coming forward because he needs to be held accountable,” Odom continued. “I am blessed to have a loving husband and family behind me. I want other women to know that you can be heard, too, and together we can stop terrible things like this from happening.”

Lewandowski did not immediately respond to the allegations publicly, but his lawyer David Z. Chesnoff said that the “accusations and rumor appear to be morphing by the minute and we will not dignify them with a further response,” according to The New York Times.

Odom, who accused Lewandowski of repeated unwanted sexual advances came forward on the same day that false claims about South Dakota Governor Kristi Noem having an extramarital affair with Lewandowski began to circulate on the internet. Governor Noem vehemently denied the rumors, calling them “total garbage and s a disgusting lie.”

These rumors are total garbage and a disgusting lie. These old, tired attacks on conservative women are based on a falsehood that we can't achieve anything without a man's help.

I love Bryon. I'm proud of the God-fearing family we've raised together. Now I'm getting back to work