The former White House chief of staff has filed legal action against Pelosi, according to court records. As the Jan. 6 select panel prepares to take action against him, Meadows has claimed he can’t discuss matters that could be covered by executive privilege.

But the panel has rejected that claim, noting that President Joe Biden has not asserted privilege to block Meadows’ testimony.

A spokesperson for the Jan. 6 panel declined to comment.

I hope Nancy gets what she deserves from this lawsuit.

If KARMA has anything to do with this (and it does big time), she is going to wish she stayed in San Francisco.., Perhaps she will step down after the disasters she has created??

Don’t count on it. She has to stir the pot

Why haven’t we heard anything about the Dec.2 court date with Mrs Hitler

Way to go Mr. Meadows. It’s about time somebody did something to shut the lying hag up.

For every illegal subpoena issued, at least three corresponding lawsuits against the illegal Jan 06 Kangaroo Court should be filed.

No matter what the challenge, the Dems will always be in the ‘right’ (irony emphasized) … even when they’re dead wrong! It will always be someone else’s fault, not theirs. There will always be a sliding scale that measures culpability, which runs from 0 (Dems) – 10 (Reps). This is the most pathetic demonstration of democracy every conceived by the liberal dimwits sitting in Congress. The only losers in all of this carnival of events are the American people! Very sad…

The DemonCrats now constitute the best textbook case of narcissism: ‘I’m perfect and blameless. It’s all YOUR fault.’

May justice prevail via our Nation’s Almighty Power, GOD! …in Jesus name my fellow believers and I gather together in prayer — Amen and AMEN!

didn’t anyone remember how the exusuper blacky Manchurian ignored all Republican’s subpoenas? what can these demorat terrorists do if none of the former Republicans even answer these idiots’ illegal mandates? if i were one calls to this jackass6, i just wait until hell freeze over.

Pelosi is nothing but a douche bag. Old hag. She and her cronies keep screwing with the American people

Even if our side (the right one) wins against those who scoff at executive privilege, we know the democrats don’t believe in such presidential privacy. The consequence is democrat presidents should release the full text of executive privilege communications. Otherwise, they’ll be seen as hypocrites forever more.

Hope they nail demorats to the wall! Abuse of power on a daily basis. Goverment trickery! Treason! Sedition!
There used to be lines no one dared to cross! Now demorats are like the clown show from hell! Putin would be more honest!

Thank you Mark Meadows. It is long overdue for Trump supporters and Republicans to fight back all the way to the Supreme Court if necessary and claim damages.

Get that Witch Pelosi, Mark!! Legally ream her so bad that she will literally slither out of the court room on her skinny ass belly!

It’s about time that the Wicked Witch of the West is cut down to size, degraded, and her arrogant face smacked for being one of the worst Speakers of the House ever! Her perspective is that of an old arrogant woman, not a young vibrant clear headed individual, and she needs to be shamed in front of God and everyone right out of her position!

We pray that Mark Meadows has a great strategy that will tear apart that Witch’s plan to destroy everyone and everything Trump!

Hey Pelosi — KARMA (in the form of Mark Meadows) IS LOOKING FOR YOU AND YOUR BROOM and you are way overdue for a meeting!! Enjoy life while you are able…KARMA is restless and hunting you down!

I pray he is successful.

I’ll pray with you! It’s about time that someone does something to N.P. She loves herself so much, and thinks she is more intelligent than anyone else.

SUE HER FN EYE LIDS SHUT!!!! Sue her for the extra 25 MILLIONS SHE TOOK FROM US TAX PAYERS OUT OF THIS INFRASTRUCTURE BILL SO SHE COULD RETIRE ON THE BEACH IN FLORIDA IN HER NEW HOUSE. AS DID MANY OTHER DEMOCRATS AND THE SELL OUT REPUBLICANS THAT VOTED FOR IT!!!!

But…she will only be able to use that Beach House in Florida 3 or 4 years. She, the squad and Al Gore have said for years it’s only 10 years until there is no more snow and the coastline will be miles inland. Because of climate change, brought about exclusively by driving us horrid citizens who drive cars, we should have been underwater several decades ago. Now Pelosi buys a beach house? Doesn’t she believe her own lies or is she more than a tad hypocritical.

Well, I sincerely hope he sued for Millions and wins. Maybe if Pelosi’s bank account id somewhat depleted, she will crawl into the woodwork and out of DC permanently

Say, is this the same Meadows who’s already waived executive privilege by releasing, what, 6,000 documents to the committee investigating the Trump inspired jihad? 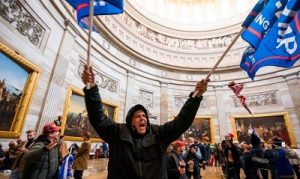 I thought he backed out?

Who unlocked the doors for the government operatives to enter and cause trouble. Didn’t anyone hear the people sing patriotic songs?

I certainly hope he takes the whole scum committee down along with the witch hag. Especially the pencil neck lying dirtbag POS schiff.

One thing about it, I hear Karma is a Bitch, and it’ll come back to haunt the Demorats.

We need to charge Pelosi with lying to Capitol Police. She claimed to be inches from the Rioters, we now know she LIED.

The dip-o-crat requirement is you have to be a congenatal liar to join the party!