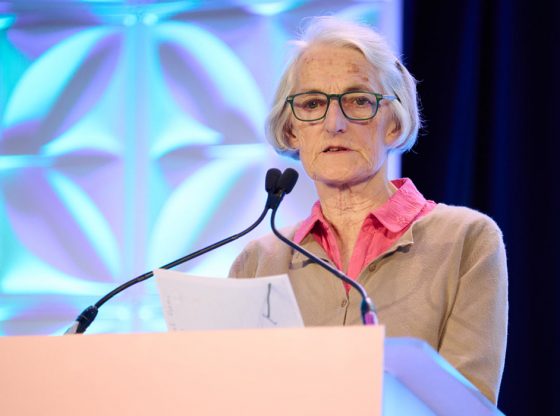 My quiet evening last Thursday in Manhattan was rocked by the tragic news of the loss of Linda Whetstone, a lifetime freedom fighter whose last hours, fittingly, were spent advancing individual liberty and nurturing those who struggle for human dignity in the toughest places. She passed away on December 15 in full command of her deep intellect and gracious charms, just hours after participating in the Atlas Network‘s Freedom Forum and Liberty Dinner in Miami.

Linda was the daughter of Atlas Network founder Sir Antony Fisher. She served as a trustee and board chairman of the organization that Sir Antony launched to “litter the world with free-market think tanks.” Largely through Linda’s efforts, Atlas Network indeed has littered earth with some 500 research institutions and advocacy groups in 95 countries. They all promote private solutions to public problems. Linda’s tireless and far-flung travels and her talent for connecting Need A with Expert B helped Atlas Network achieve so much since it began in 1981.

I was fortunate enough to meet Linda in 1995, soon after joining Atlas Network as a senior fellow. I always looked forward to seeing Linda at our events, and those of allied groups, in America and overseas. Her whispered words of wisdom, swift wit, abundant warmth, and quintessentially English demeanor were qualities I cherished and very much will miss.

One early memory emerged from my very first Atlas Workshop, at Ashdown Park in East Sussex, U.K. A few of us went to Whetstone’s nearby home. It must have been built in the days of Henry VIII, or earlier. People back then tended to be shorter than they are today, not least because they lacked so much that most people now take for granted: far-lower infant mortality, far-better diets, One-A-Day vitamins, and gallons of calcium-rich milk.

Read the rest from Deroy at National Review.