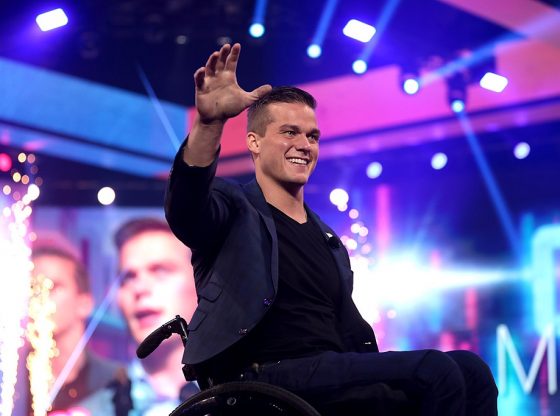 A group of North Carolina voters has filed a legal challenge to bar Rep. Madison Cawthorn from running for a second term in Congress.

Background: Madison Cawthorn was one of multiple Republican lawmakers that participated in a rally on Jan. 6th, 2021, before protestors stormed the Capitol building while Congress certified the election for Joe Biden.

Rep. Cawthorn has branded himself as a staunch supporter of President Trump and a firebrand within the Republican Party.

What Happened: Lawyers for 11 North Carolina voters have filed a legal challenge with the North Carolina Board of Elections claiming that Cawthorn’s comments and involvement in the Jan. 6 rally were a violation of the 14th Amendment and should disqualify him from seeking another term in Congress.

The suit claims that when protestors stormed the Capitol in an attempt to commit an insurrection. However, nobody who was arrested for their involvement in the Jan 6. riot has been hit with sedition or attempted insurrection charges.

“As set forth in our complaint, the publicly available evidence, including Representative Cawthorn’s own statements and reports that he or his office coordinated with the January 6 organizers, establish reasonable suspicion that Representative Cawthorn aided the insurrection, thereby disqualifying him from federal office. We look forward to asking him about his involvement under oath,” said Ron Fein, legal director of Free Speech For People.

“Claiming to be fighting a battle for our Constitution, Cawthorn has engaged in blatant acts of insurrection,” added John Wallace, another lawyer who filed the suit.  “He must be held accountable for his actions which have threatened our democracy. Wisely, the Constitution provides a remedy for our protection. We seek here the imposition of that remedy.” (per The Hill)

What Rep. Cawthorn Says: Rep. Cawthorn’s spokesperson, Luke Ball said the legal filing will not distract the freshman lawmakers from pursuing another term in Congress.

“Over 245,000 patriots from Western North Carolina elected Congressman Cawthorn to serve them in Washington. A dozen activists who are comically misinterpreting and twisting the 14th amendment for political gain will not distract him from that service,” said Ball.

I have been doing this job for like a few weeks and my last weekly payment was exactly
𝙁𝙞𝙣𝙙 𝙤𝙪𝙩 𝙝𝙤𝙬 𝙃𝙀𝙍𝙀….__WorkPays24.blogspot.com

What pathetic,evil,commies, will never happen.

Disagree with that, he seems and acts that he is the president of the blue states and illegals only, failed adjenda is the hallmark of his radical administration, this is what happens when they choose “who gets to count the vote”. Stage rooms, hidden from reporters, giant wall teleprompter, concealed ear voice relays, fart proof sound disapaters, and he still fxxxs everything up, this is the United Staes of America, not the biden wantaby dicatatorship, joe biden man without a country, his America last policy is blowing up in his face this is what happens when the father and son team travel the world at the tax payors expense with their hands out, looking for monetary gain, at the cost of loyalty to America. Now that more and more has become public information joe biden is attempting to change and alter our constitution to hide behind smoke screens to ease their personal gain against the rules and laws. Return their pot of gold received from China and Russia taken form them for promises to do what? Recent court ruling shows a check on bidens power grabs, his total avoidance of any due process, for his implementation of executive directives without any regard for the legislative branch or any State considerations, let alone the American public at large. This trend will continue until his lust for political power and the return of American values without the dictatorship he is trying to put into effec

They’re making him accountable for his actions, really? How about starting actions against the obvious ones first? Hippocrates…..

NC voters need to get their head out of their arses

Only the democommies! They are the true seditious, traitors.

The most laughable thing I’ve seen all day.

Dem’s need to be arrested and executed!

“Lawyers for 11 North Carolina voters” ? Was ‘Democrat’ left out on purpose? Do Dems think that participating in a rally is doing something illegal? Or just when Republicans do it? It seems lawyers have to make money any way they can.

When the Democrats Do it it’s not considered a rally, it’s called a Riot!

Anything to screw over a Conservative. What a bunch of moron, losers!

The anti-God, anti-American DIMMs can’t win elections so they use dirty tricks and slimy tactics!

These slime balls are suckin’hind teat.

Frivolous. Seems I read somewhere it’s against the law.

This is what the evil scuzzy Democrats do. Anyone trying to protect the rights of American citizens are a threat to the communists on the left. Please donate to Rep Madison Cawthorn and all other patriots to help them get re-elected.

Where were these eleven citizens, in May of 2020, when a group of antifa and blm tried to burn down a church and also attack the government structures, causing the then President to be removed to a safe place??This is much worse than the entire Jan 6, except a woman died at the hands of capitol police