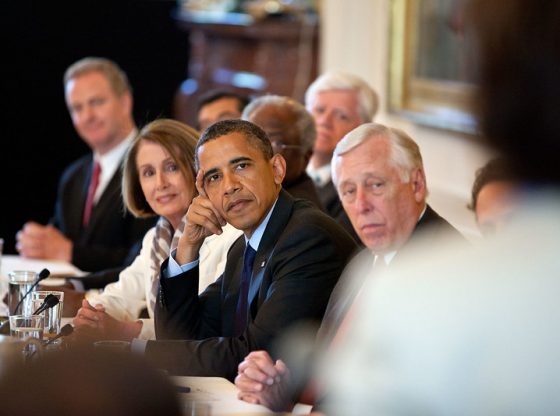 House Democrat Majority Leader Steny Hoyer said he agrees with recent comments from Rep. Patrick Maloney endorsing gerrymandering as long as it’s legal and Republicans are participating in it too.

“We’d do absolutely nonpartisan redistricting in every state in the country,” Democratic Congressional Campaign Committee Chair Rep. Sean Patrick Maloney, D-N.Y., said on MSNBC this week. “We shouldn’t do it just where Democrats are strong, though. We should do it where Republicans are strong.”

Maloney added: “If you’re asking us to unilaterally disarm… I’m a guy that wants to bring a gun to a gunfight, yeah, you bet.”

When asked about those comments, Hoyer, D-Md., touted Democrats’ election bill H.R. 1, “which said we ought to have fair redistricting.” But, he told reporters, “if that’s not gonna happen… I think Sean Patrick Maloney is correct that states are not just going to be put in a position that there’s unfair competition.”

The comment came as the new congressional map in New York is under fire for its narrow, snake-like districts and heavy partisan lean in favor of Democrats. This follows criticism aimed at Democrats in Maryland and Illinois for their own partisan gerrymanders, and GOP gerrymanders in states like Texas – which is being sued by the Department of Justice (DOJ).

In 2019, the Supreme Court ruled that partisan gerrymandering cannot be ruled on by federal courts because it’s a political question outside their purview. However, the DOJ is currently suing Texas under the theory that its redistricting plan violates the Voting Rights Act because it limits representation for racial minorities.