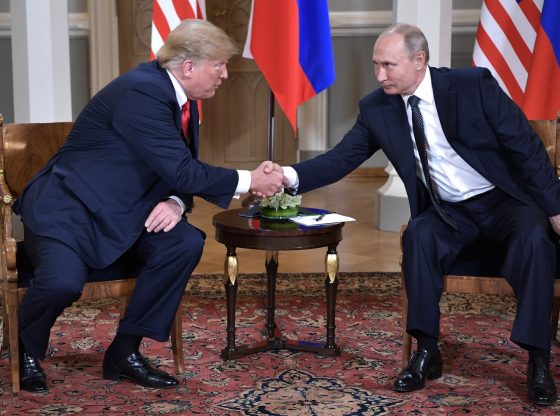 As predictably as the sun’s daily rise in the east, the Left blames one man for last week’s egregious, unprovoked invasion of Ukraine: President Donald J. Trump. Never mind that Trump is out of the White House and at Mar-a-Lago in Palm Beach, far from the levers of power and eight time zones from control of Russia’s armed forces.

–“If you remember, the argument over Trump’s first impeachment was about Trump refusing to give military aid to Ukraine because he imagined he could get some dirt on Joe Biden from the Ukrainians,” The Atlantic’s Anne Applebaum told MSNBC. “So why didn’t Putin do this during the Trump administration? Because he thought Trump was weakening Ukraine, especially on this ground. The problem of Ukraine being unfortified goes back several years and much of the fault lies in the Trump administration.”

That Sept. 1, Zelenskyy met Vice President Mike Pence in Warsaw and reassured him that he would keep his anti-corruption promises. Ten days later, with the U.S. government’s anti-graft concerns alleviated, the military assistance began to flow.