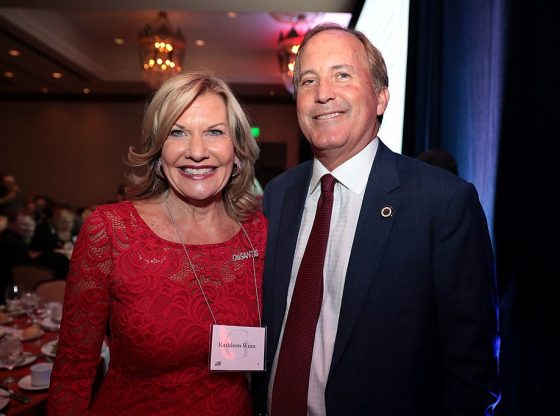 Incumbent Texas Attorney General Ken Paxton will face a runoff election after he failed to secure 50% in the Republican primary.

Context: As the country inches closer to the November primaries Republicans are focused on winning back a majority in the House of Representatives and keeping red states red.

For years, Democrats have been pushing to flip Texas, which holds 38 electoral college votes, but have come up short. However, now that Biden has all but opened the border for a free-for-all Democrats have hoped the influx of immigrants will eventually register to vote with the Democrat Party.

A Crowded Primary Field: Current Texas AG Ken Paxton had to face off against a crowded field of challengers.

A Competitive Edge: Former President Trump still holds a tight grip over the Republican Party, especially in the Lone Star state. Since leaving the White House, Trump has taken on a sort of kingmaker role with the GOP doling out 33 endorsements to Texas Republicans.

In July, Trump endorsed Ken Paxton for re-election in a statement through his Save America PAC.

“Attorney General Ken Paxton has been bravely on the front line in the fight for Texas, and America, against the vicious and very dangerous Radical Left Democrats, and the foolish and unsuspecting RINOs that are destroying our Country. Ken is strong on Crime, Border Security, the Second Amendment, Election Integrity and, above all, our Constitution,” Trump said. “He loves our Military and our Vets. It is going to take a PATRIOT like Ken Paxton to advance America First policies in order to Make America Great Again. Ken has my Complete and Total Endorsement for another term as Attorney General of Texas. He is a true Texan who will keep Texas safe—and will never let you down!”

What Happened: Paxton failed to receive the required 50% of the vote to become the Republican nominee for Texas Attorney General.

Paxton secured 42% of the vote, with Bush in second place with 22%, although the latter has not yet been confirmed as the runoff opponent.

What It Means: Despite Bush’s attempt to get voters to focus on Paxton’s ongoing felony securities indictment and abuse-of-office allegations Texas voters were more swayed by Trump’s endorsement of Paxton.

No Experience Needed, No Boss Over il Your FD Shoulder… Say Goodbye To Your Old Job! Limited Number Of Spots
Open……. 𝐰𝐰𝐰.𝐰𝐨𝐫𝐤𝐬𝐟𝐮𝐥.𝐜𝐨𝐦