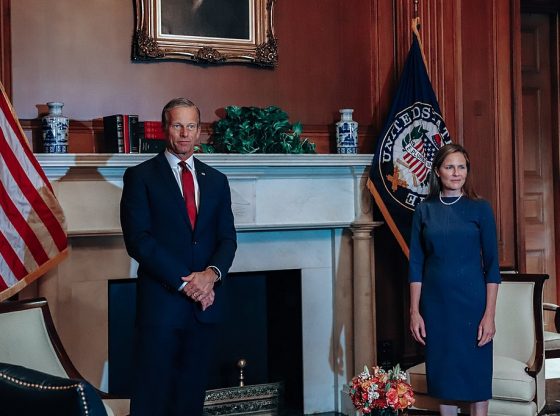 “I enjoyed meeting with Judge Jackson and respect her achievements, but I cannot in good conscience vote for a Supreme Court justice whose record indicates that she will allow her personal political opinions to shape her judicial decisions,” Thune said.

Thune pointed to multiple issues, including her sentencing rulings, declining to take a stance on expanding the Supreme Court and questions about her judicial philosophy.

The White House and Democratic senators have defended Jackson by noting her sentencing decisions are in the mainstream and that previous nominees haven’t taken a position on expanding the Supreme Court.

Thune’s official announcement comes after he indicated to reporters on Monday that he would oppose her and Senate Minority Leader Mitch McConnell (R-Ky.) said last week that he would vote against Jackson.

While Democrats don’t need support from Republicans to push the nomination through they have noted hopes to have at least one GOP senator on their side. Will Democrats get their wish?