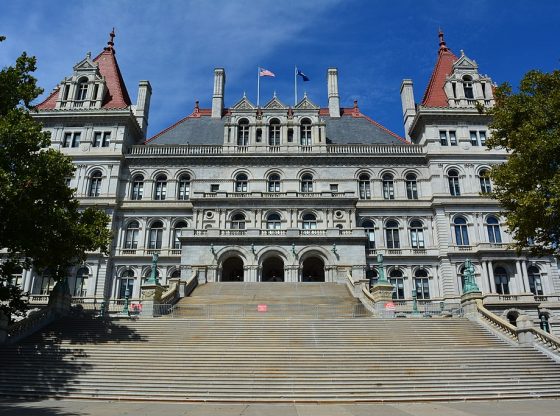 The top court in New York has thrown out Democrat-drawn congressional maps. The New York State Court of Appeals sided with prior rulings and determined the map was unconstitutional.

The maps were “procedurally unconstitutional, and the congressional map is also substantively unconstitutional as drawn with impermissible partisan purpose,” the court said. “We are confident that, in consultation with the Board of Elections, Supreme Court can swiftly develop a schedule to facilitate an August primary election, allowing time for the adoption of new constitutional maps.”

If the congressional map stayed in effect, Democrats likely would have expanded their 19-8 majority to 22-4 under the new lines, according to experts that testified in court cases against the map. The state lost a seat during the most recent census.

In addition to the aggressive apportionment, Democrats did not follow the state constitutional process for redistricting. When the New York State Independent Redistricting Commission ran into a deadlock earlier in the year, the Democratic-controlled legislature generated the new maps. Prior court rulings determined this was unconstitutional.

With the New York map scrapped and the GOP-friendly map in Florida now in effect, Republicans are poised to come out on top in the redistricting battle.

It’s unlikely the Democrats will be able to appeal the 4-3 ruling. The court also struck down New York’s new state Senate map.

The Court ordered the adoption of a neutral plan to be crafted by a special master. The move is likely to hurt Democrats in the November midterms.

Advertisement
Save America From Socialism [Click Here to Support John James for Congress]
Donald Trump’s Endorsement Can Make or Break Candidates in These States
The Art of the Deal: Trump Negotiated $660M Price-Cut in Boeing Air Force One Deal