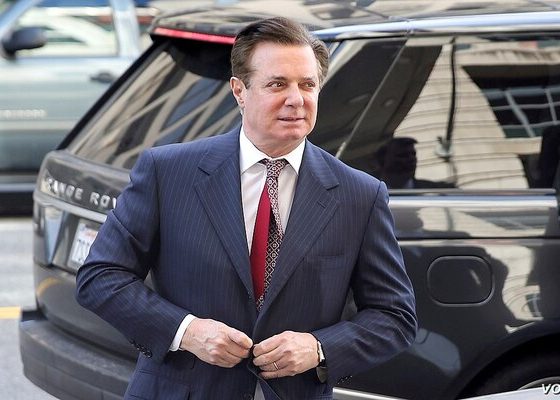 The Justice Department is seeking over $2.9 million from Manafort to cover fines and interest for his “willful failure to timely report his financial interest in foreign bank accounts” during the 2013 and 2014 calendar years, according to a complaint filed Thursday with the U.S. District Court for the Southern District of Florida.

Manafort, who was a political consultant at the time, is accused of failing to report consulting income from Ukrainian sources that was deposited into 22 accounts connected to him in Cyprus, the United Kingdom, and Saint Vincent and the Grenadines.

The lawsuit alleges that though the bank accounts were not under Manafort’s name, they were operated by someone on his behalf and were used to fund “personal expenses.”

Manafort hired an accountant to prepare his federal tax returns for the years in question, but the accountant did not report his interest in foreign accounts on his federal income returns or through the Report of Foreign Bank and Financial Accounts, the lawsuit contends. Manafort was notified about his failure to file his 2013 FBAR by the Treasury Department, according to the lawsuit.

Manafort’s attorney said the move by the Justice Department is an attempt to “embarrass” his client.

“Today’s civil lawsuit seeks a money judgment against Mr. Manafort for simply failing to file a tax form,” Neiman wrote in a statement Thursday obtained by CNBC. “Nonetheless, the Government insisted on filing this suit simply to embarrass Mr. Manafort.”

Manafort was sentenced to 47 months in prison for fraud and tax charges in 2019. He was later pardoned by former President Donald Trump.