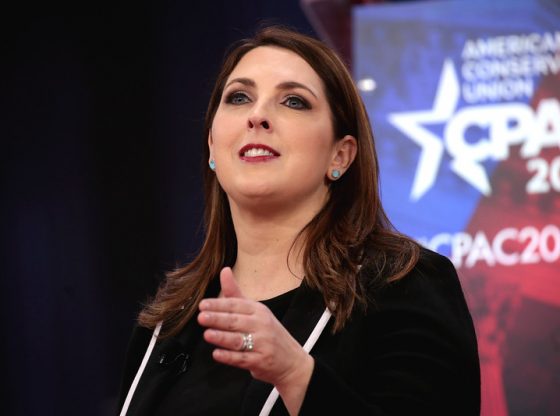 A federal judge in Washington, D.C. rejected a lawsuit filed by the Republican National Committee (RNC) against the House select committee investigating the January 6 riots.

The RNC had alleged its First and Fourth Amendment rights were violated when the panel subpoenaed Salesforce, a software company it used for fundraising efforts.

In a 53-page opinion, Judge Timothy Kelly in the U.S. District Court in D.C. dismissed all claims against the House committee and ruled that its subpoena does not violate the First Amendment, arguing “less is at stake than the RNC represents.”

“The subpoena’s demand for this information does not seek the disclosure of confidential internal materials and does not add to the RNC’s burden,” Kelly wrote in his opinion. “For the information the parties acknowledge exists but is currently confidential—such as the performance data of the RNC’s email campaigns during this period—the strength of the Select Committee’s interest in this information outweighs any actual burdens imposed by its disclosure to the Select Committee.”

Kelly also ruled the subpoena does not violate the Fourth Amendment; that the House committee has a legitimate purpose in its inquiry; and that lawmakers on the committee were immune from a lawsuit under the speech and debate clause.

In February, the House Select Committee subpoenaed Salesforce prompting the RNC to file its lawsuit on March 9th.

And my neighbor’s hen laid a dozen eggs in one night. WHO gives a s–t? Do you have any real news that matters?

Appeal. This entire Select Committee is a partisan witch-hunt paneled all by biased committee members. It’s a disgrace to any sense of justice, and it needs to stop. They investigate this with enthusiasm while ignoring the incredible corruption of the Biden’s and the Clinton’s and turn a blind eye to the horrid crimes being committed in our cities around the country and at our border. They even ignored the murder of an unarmed veteran on 1/6! Stop this Jan. 6th madness.

Why comment because everything that is submitted is subject to prior approval? So much for the first amendment on this site.

The Jan. 6 committee is an attempt to discredit President Trump, and the 1776 Commission Report which is an excellent Report on examination of the Limitations of the Constitution, and how these Limitations restrict the activities of the Federal Government. It thoroughly examines the lack of any Moral Standards which would serve as a basis applied to the progressive reasoning supporting the Left’s attempts to discredit American History. The Jan. 6 Committee is a demonstration of the total lack of Moral Compass which most if not all Democrats demonstrate in their attempt to portray the Jan. 6 activities as a planned attempt to usurp the authority of the American Government. Sadly the FBI was used to create such a manufactured appearance. This Committee will, if they follow their own Schedule, issue a Report on the Findings which I believe will be used to attempt to influence the Election in Nov. 2022 As of today, May 2, 2022 there are citizens who have sat in Jail cells since Jan 2021 who have not been afforded Due Process rights under the US Constitution, and have not been charged with any Crimes and Arraigned in Court, nor have they been afforded the Right to Post Bail.. If someone on this Jan 6 Committee has proof that I am wrong, then the names, addresses, and Crimes charged for each individual, and the date Arraigned, and the Court where Arraigned should be published so Americans may know, Also the Bail required to Free them to prepare their Defense. Its my understanding that this Jan. 6 Committee refuses to respond to Subpoena’s from Representatives of the US Government, Senate. for the names and other information relating to the use of the FBI who served as “Undercover Rioter’s” to create a Mob Atmosphere. My words come from what I have seen and heard, and I write them with sober mind and heavy heart, and hope that my words fully portray my height of complete distrust in any activities of this Committee, the Democrats, and some Republicans, and the FBI involved in this Committee. Your attempts to destroy a President and discredit the 1776 Commission Report are exactly the stuff from which your committee is supposedly intended to prevent. Think about it, or don’t you give a damn? Michael J. Kelly

Let’s also subpoena the DNC’s fund raising efforts so we can see what they were up to.

HMMM a lot of supposedly American judges are pushing too much for the Left. It is the years old “double standards”. If it wasn’t for double standards DEMS would have no standards at all. So far their platform is power, money, abortions and sex for children starting in kindergarten and their attitude toward “commoners” is “thee but not we”.

Everyone knows what the Jan 6 committee will recommend. A blind man knows the outcome already. Pelosi hand picked her kangaroo court that has zero Republicans on it. She kicked Jim Jordan and another Republican off the committee and put two RINO she hand picked herself. Talk about a packed jury!!!!

CORRUPT JUSTICE WORKING TOR THE CORRUPT COMMUNIST GOVERNMENT REGIME! TIME TO REMOVE THIS JUSTICE BY FORCE IF WE HAVE TOO.