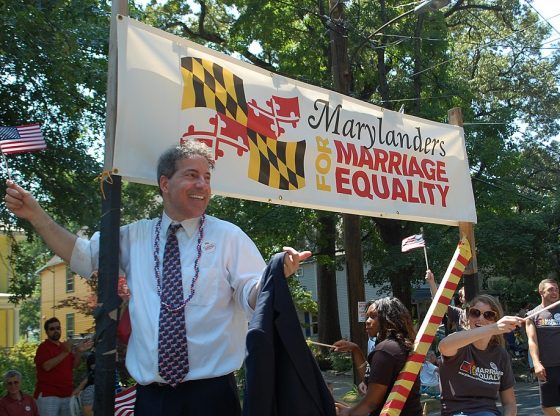 According to the report, Raskin has argued in multiple conversations with committee members that the panel should recommend abolishing the Electoral College to “protect future presidential elections against the subversion that [President Donald Trump] and his allies tried to pull off in 2020,” Swan and Nichols write.

Rep. Adam Schiff (D-CA) has also reportedly indicated his agreement with Raskin about concerns with the Electoral College, but is more focused on reforming the Electoral Count Act, which dictates the timeline for states to appoint electors and for them to subsequently cast their presidential votes.

While an unnamed source told Axios that Rep. Liz Cheney (R-WY) believes pushing changes like abolishing the Electoral College will destroy the committee’s credibility, she is open to the idea of reforming the Electoral Count Act, and has been working with Rep. Zoe Lofgren (D-CA) on doing just that, according to the report.

Would you support eliminating the Electoral College or is this a concrete sign the House Select Committee is operating beyond its authority? Tell us what you think in the comments below.

stupid bastard the electoral college is there for for a reason

Democrats continue to work to undermine our Republic in their lust for power. This proposal would be the end of the US as we know it. We would be totally dominated by the cesspool major cities that have the highest concentrations of crime and people who can’t or don’t support themselves.

Commie Raskin is a classless ass. He took the oath to support and defend the Constitution against all enemies foreign and domestic, and is one of those domestic enemies. He represents the People’s Republic of Maryland (mostly deep red Montgomery County) and doesn’t give a rat’s butt about anything that the vast majority of us want done in this Country.

Lenin and Stalin would be so proud of his sorry butt!

Taking us to a 3rd World Country little by little 🙁 🙁 🙁 so SAD – People get out n vote.

The framers were brilliant.
Devious would more accurately describe Raskin.

Eliminating the electoral college takes away the balance of power and would centralize power in the more populated states and take power away from the less populated states. It was designed to give each state an equal say in the presidential elections.

This would give the democrats more voting power.

The founding fathers understood this and that is why the electoral college exists.

If the Electoral College is destroyed, New York & California would control
every election. Few would like that. We would not be a Republic, not sure
what you would call it? Dictatorship ?? With communism?? Nothing good.
The Founders knew this, thank God they were smarter than some
of the think tanks today.

Yeah, they want NY and Ca. to determine who’s President.

Dems and repubs(sic) like Cheney are ruining this country. There’s a reason for the electoral college – so states like Cali and NY don’t have an unfair advantage simply due to population. Each state has electors they vote party line. If this happens there could be another civil war. I hope they think this out! But using think in the same sentence with our elected officials is an oxymoron!

The Electoral College provides a key ‘check and balance’ on our electoral system in the USA and must be retained so that misdirected politicians cannot over throw a dully elected President, no matter what their party. We must have a formal method of checks and balances on our election system. Without it, the average person’s vote will mean nothing.

I wonder if Mr. Raskin and Mr. Schiff actually have any idea of what it would take to do away with the Electoral College. I doubt they realize that to do so, the Constitution would have to be amended and that, in and of itself, is quite a process. It takes far more than a vote in both houses of Congress and a presidential signature. Before the Constitution can be amended, to have something deleted or added, it must eventually go before the electorate of all 50 of the states to be ratified and a large majority of the states must vote affirmatively for it to pass. This, probably unbeknownst to Raskin and Schiff, can take several years. By that time, there may not even be a viable Democrat Party with which to contend as they seem to be destroying themselves from within.

We need to keep the electoral college. The simple reason is that the states with the largest population would end up dictating what happens. I don’t need New York, California & Illinois to make our laws. Thus far, the Democrats have made a shambles of our country and we’re a joke around the world FJB.

They want to be able to count on all the liberal voters, on each coast, to offset the conservatives in the central states.

I’m against removal of the electoral college. It works fine – people just have to follow the rules. The population vote is too easy for fraud – I’m not for it. As for the Jan 6 Committee, I have no use for any of them – they are just trying to get rid of Trump when they couldn’t impeach him legally. Trump did not start the riot! Nor did the Proud Boys – try BLM & Antifa – they were escorted onto the Capitol grounds and into the Capitol by the Capital Police so where are they – why are they being charged??? This Administration is a one-way street to HELL!

The Founders were wiser than we thought. They foresaw that the day would come when more populous areas would outgrow rural area. The electoral College has always done its job, just as they did in 2020. The problem was not with the Electoral college process but with the voting process which distorted the way electoral votes were cast. It is that which needs to be corrected so the electoral college can correctly do their job.

Raskin and Schiff? What could go wrong? Everything !

The electoral college is to level the playing field of small states versus large states. Dimocrats simply want mob rule and that is what we will get if the electoral college is abolished. Besides how elections are conducted is up to the states not the feds. The fed govt is already too big and too corrupt to be trusted with the election process.

Eliminating electoral college has been part of the Democrat’s ( wrongly called that!!) agenda forever !!
Basically, they want to put in place a one party system, and then, nationalize everything, and next implement a marxist agenda in order to
“ fundamentally transform America “, just like
King Obama promised he would do , and this is exactly what he’s doing now by pulling the strings on this pitiful puppet!!!!!