The results of Tuesday’s election primaries just positioned up the GOP to take back the House this November. The results from Texas, Nevada, and South Carolina’s primaries produced mixed results for some high-profile candidates who had earned former President Trump’s praise or ire.

What an honor. What a win.

I’m exhausted in every single way but we put it all on the field. The fight continues to November, and then after that we take this country back! #AmericaFirst

House Republican Nancy Mace didn’t vote to impeach the former president but she still was able to earn his ire. However, despite Trump’s attacks against her Rep. Mace managed to fend off Trump-endorsed challenger Katie Arrington and walk away from Tuesday’s primary victorious.

A major shakeup happened in the Lone Star State on Tuesday. In a special election, Republican Mayra Flores beat Democrat Dan Sanchez, flipping a seat held by Democrats for more than 150 years.

Advertisement
Want to FIRE Nancy Pelosi? 5 is the Magic Number, Learn Why [CLICK HERE]
Billionaire Elon Musk Reveals Who He Plans to Support in ’24
Where Trump’s Long List of Legal Challenges Stand 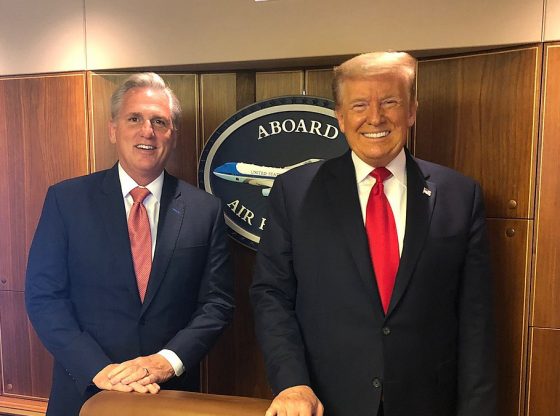 The red wave is coming.Watch the rats jump off the sinking Titanic.

Great news. However, I didn’t hear ABC/GMA
talking about any of these results????
He, that’s funny!
However, plenty of reporting on the 6th committee hearings.
I’m sure they were so happy about the results, that they couldn’t bring themselves to report on it.

GREAT JOB TO ALL OF THE TRUMP ENDORSED CANDIDATES WHO WON!! TO THOSE THAT DIDNT KEEP TRYING. WE NEED MORE PEOPLE LIKE YOU IN THE HOUSE AND SENATE. TO YOU CANDIDATES WHO INCURRED THE IRE OF TRUMP AND WERE LUCKY ENOUGH TO HANG ON AND EEK OUT YOUR SEAT…..YOUD BETTER WISE UP AND SUPPORT PRESIDENT TRUMP CAUSE I GUARENTEE YOU….THE NEXT ELECTION YOU WILL NOT BE SO LUCKY!!!!!

TIME FOR THE BIDENS TO PAY THE PIPER, HOW CAN WE WASTE MORE OF THE TAX PAYER MONIES, WITHOUT APPROVAL FROM CONGRESS, OR ANY AMERICAN TAX PAYOR PERMISSION, IMPEACHMENT SHOULD NOT TAKE LONG IN 2022 ,WHAT A FXXXIN WASTE OF GOVERNMENT. THIS IS THE END OF THE DEMOCRAT PARTY FOREVER. EVERYBODY IS SUING FOR HUNTER BIDEN’S TRAVEL RECORDS, ON TAX PAYER MONIES TO CUT THEIR PERSONAL FINANCIAL DEALS WITH SECRET SERVICE SECURITY PROTECTION ON AIR FORCE TWO, GATHERING THAT POT OF GOLD FOR THE BIDEN FAMILY. The biden’s pot of gold from China, what did it cost America? Inside traders must go, they are not honest,has China installed a puppet government with the Biden’s? Another staged setting for the fake biden, National Security risk? yes, the bidens are, compromised yes, they are, right down to the last 30 millions they received from China Communist ,sold us down the river to China and Russia, Wake up America there is a traitor in the White House Biden and his band of misfits are not faithful to their oath of office, ‘Stupid fxxxing laws, Stupid fxxxing reporters”, DEMOCRATS KEEP BREAKING THE USA LAWS AND JUST DON’T CARE, TIME TO VOTE THEM OUT, PELOSI CHEATS, WHERE ARE THE INSIDE TRADER INVESTIGATIONS, CONFLICTS OF INTEREST, DEMOCRATS SAY FXXX YOU AMERICA. ( Patriotic post .com} Former White House doctor Ronny Jackson has called for President Joe Biden to undergo a cognitive test, citing his shocking performances with the press. Everybody is stupid except joe biden, and of course the smartest man he ever met, was hunter biden, the corrupt fantasies of joe biden’s world of criminally insane BS. The biden crime family should be forced to return all the money they have accepted from Russia and China. Pay to play is a crime against the the United States when they broke their oath trust when sworn into office. Why keep them in power? look what they still have accomplished for China and Russia and nothing for the United States or America.