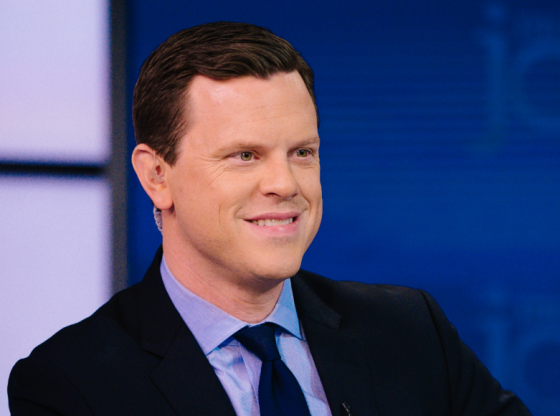 There was a host of criticism, starting with Geist himself, and even including “MSNBC Republican” Elise Jordan, who normally sides with the Democrats. “I guess what I find annoying about it, is that it doesn’t address the higher-education cartel. And it basically is infusing money into a higher-education system that is basically just corrupt at this point,” she said.

Various former Democrat officials were also quoted in opposition. And former Obama car czar Steve Rattner, Morning Joe’s economic analyst, spoke against the proposal. “I think, by far, the biggest issue is the issue of fairness (…) People like your family that worked hard, took an extra job to put their kids through college so he didn’t have to graduate with debt don’t get anything from this,” he said.

Perhaps most amazingly, the show had as a guest Megan McArdle, an actual unreconstructed libertarian, who of course was very critical of the proposal.

The only defenders of the proposal on the panel were Al Sharpton, who said he actually wanted $50,000 in forgiveness rather than the $10-20,000 Biden’s plan provides, and Mike Barnicle, who said Republican criticisms should be completely ignored, calling them “preposterous.”

Geist added in a surprising twist, “It’s not just Republicans who have criticisms of this. It’s a lot of working people, Democrats, independents who feel like they’re footing the bill . . . There certainly are a lot of people out there this morning who feel like suckers for having worked a second job or having paid off their student loans or gone to a college maybe they thought they could afford versus one they’d have to pay off for, you know, 20 or 30 years,”

Advertisement
Ready to BEAT Biden? It Starts NOW [CLICK HERE]
Fox News Guest Calls Newsom Exactly What he is
Tucker Rips Into FBI For ‘Actively Working on Behalf of the Democratic Party’

We Americans know that Colleges prices for education is going up but Democrats don’t want to stop that because they get large donations for them.

Maybe Al Sharpie should “Pay his Taxes” before making suggestions about what to do with and how much of “Other People’s MONEY” should be spent!