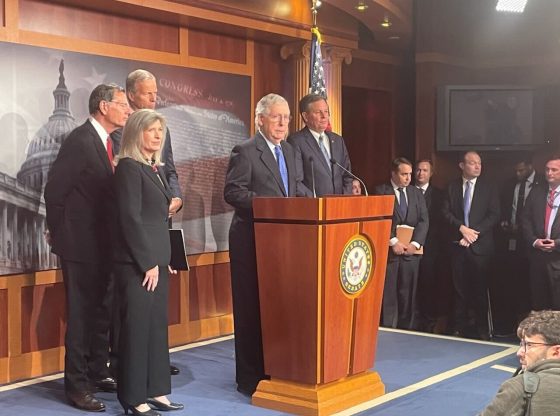 Will McConnell be in or out? Who’s the next NRSC Chair? How will the elected leadership shape the GOP? The midterms were a mess. Will mistakes be repeated or rectified?

Senate leadership elections just ended, and the results are in.

Mitch McConnell was reelected as Senate GOP leader beating out Senator Rick Scott. McConnell won the election 37-10-1, with one Senator voting “present,” none of the individual votes are available, as the votes are historically done in secrecy. Rick Scott was his first challenger in 15 years. As a result of winning this Senate leader election, is on pace to be the longest-serving Senate party leader in U.S. Senate history. McConnell is now on his 15th year of serving as the Republican leader in the Senate.

Steve Daines has been elected as incoming as the NRSC Chair. Jason Thielman will be the incoming Executive Director of the NRSC.

The Democrats still hold a 51-49 majority in the Senate, though the GOP is hoping that Senate candidate (R) Herschel Walker will win in his run-off election against Senate candidate (D) Raphael Warnock in December. The vote to elect McConnell as the parties leader was controversial, as Ted Cruz, Lindsey Graham, and multiple other standouts in the Republican party attempted to delay the vote until after December 6th, when Georgia’s Senate run-off election is set to take place.

The leaders shared during a post-announcement conference that many issues will be addressed by the GOP leadership group and they are ready to step into their roles and get started.

look to me gop senators are in on the dems scam to make america global communist. not one more vote for gop senators until justice is served i call on all americans not to vote or provide ant support to rinos kick mitch out

It is time for new blood. There are a lot of Republicans and Democrats that need to pass the baton to the next generation.

The Swamp Critters on both side will not go quietly into the night. Born in the 1940s, several earlier, they came of age while America created unparalleled wealth and power. This level of control is the ultimate addiction and in most cases not voluntarily relinquished. Most will take the Buzzy Ginsburg exit…..feet first, in a box, at room temperature. Look no further than the situation surrounding Senator Feinstein. SloJoe could be the next.

@ 81 years old, I cannot recall a more blatant dismal drop into the toilet from one administration to the next as we’ve seen from Trump to Biden and then been forced to listen to all the blatant lies for 2 years as a result of the policies. How anyone could vote democrat in the midterms is beyond comprehension.

so rino boy is still in charge, yippie skippy.
Dems will love that

The biggest fear the democrats and republicans have is a significant third party. Paul Ryan says the GOP won’t give Donald Trump the nomination if he runs, if they refuse I’ll change party affiliation to whatever Mr. Trump runs with.