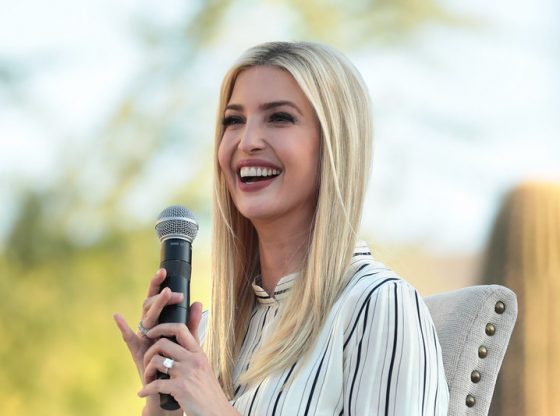 Following former President Trump’s announcement Tuesday night, his daughter Ivanka Trump discussed with Fox News Digital that she does “not plan to be involved in politics” this time around. While she said she loves and supports her father “very much” she plans to step out of the political arena and focus on her family. Neither Ivanka nor Donald Trump Jr. attended Trump’s announcement Tuesday night. Instead, their significant others, Jared Kushner and Kimberly Guilfoyle, attended to show support.

According to Fox, Ivanka stated:

“While I will always love and support my father, going forward I will do so outside the political arena. I am grateful to have had the honor of serving the American people and will always be proud of many of our administration’s accomplishments.”

Ivanka continued to assure the public that nothing has changed between her and her father as they are still extremely close. Though she feels that after spending four years in Washington D.C and moving to Miami afterward her kids need to stay where they are and maintain their “cadence.” She further cited their ages and wanting to enjoy them at this age while she and her husband, Jared Kushner, can.

She has said that she is proud of her accomplishments in Washington, and has felt this way since leaving. In other words, this wasn’t a decision she made in light of her father announcing his run for the presidency. Since leaving Ivanka and her husband Jared have been focusing more on their philanthropic efforts, with Jared even starting his nonprofit last year focusing on the Abraham Accords.

Ivanka did a wonderful job with her father. It was too bad women on the Left did not support her and make all women stronger. She has class and style 24/7. She would be a great candidate for President.