On the eve of Thanksgiving, the Senate race in Alaska was called.  This race pitted Senator Lisa Murkowski against fellow Republican Tshibaka, who was backed by former President Trump, and Democrat Pat Chesbro due to the state’s ranked choice voting system.  After the November 8 elections, more than three weeks later, the Associated Press has projected that Senator Lisa Murkowski has won re-election to her Senate seat. The GOP currently has 49 Senators with one race undecided.  The Georgia runoff race is scheduled for December 6.  It is rare that the party out of power doesn’t pick up seats in the senate. Since 1934, on average, the party of the sitting President loses four senate seats and 28 house seats. Murkowski winning re-election swings the pendulum in favor of the GOP. 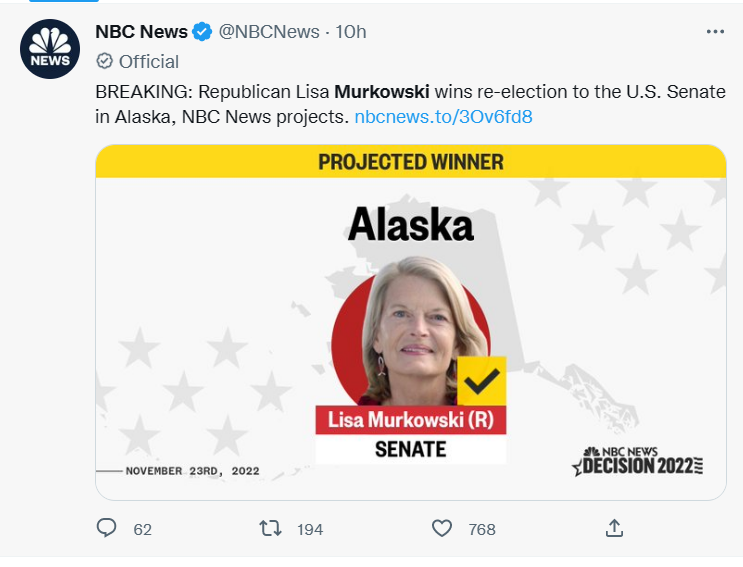 Another illegal gets elected to the corrupt United States Senate.

She won due to shenanigans! The ranked-vote system is stupid! It only benefits incumbents with more than one challenger and was expressly set up by Murkowski’s allies in the AK legislature.

Her AK legislature allies must be Democrats.

Did Murkowski steal another election, or did the Democrats put this RINO back in office so she could continue to embarrass good Republicans? She’s disgusting.