Thursday was quite the day for rapper Kanye West who now goes by Ye. Ye spent the day spewing his ridiculous antisemitic beliefs on Alex Jones’ ‘Infowars’ and in the evening was suspended from Twitter after posting his ‘new logo,’ which consisted of a swastika and Star of David merged. Ye must have anticipated that the logo would get his Twitter account suspended because he sent out one last tweet. Deciding to leave the app in a blaze of glory he wrote, “I caught this guy with Kim,” with a photo of NBA star Chris Paul  underneath.

Even Twitter owner, Elon Musk, weighed in on the situation, saying “I tried my best. Despite that, he again violated our rule against incitement to violence. Account will be suspended.” 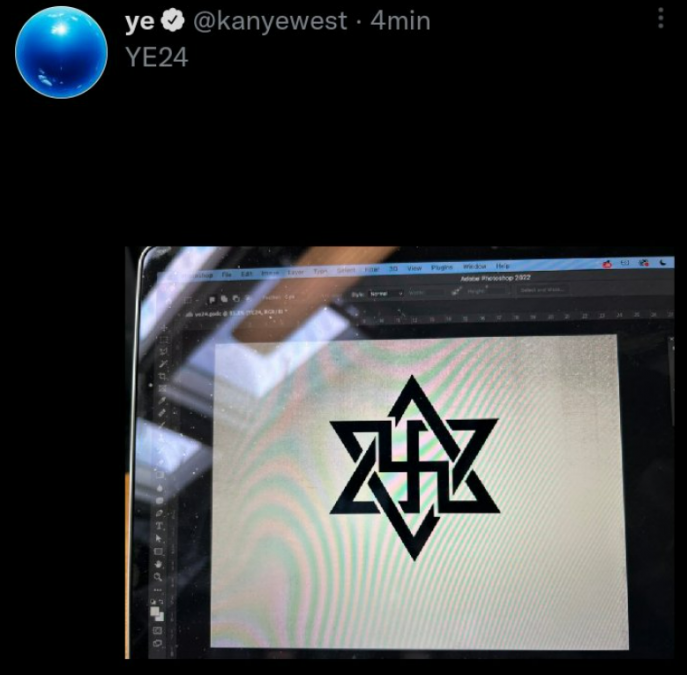 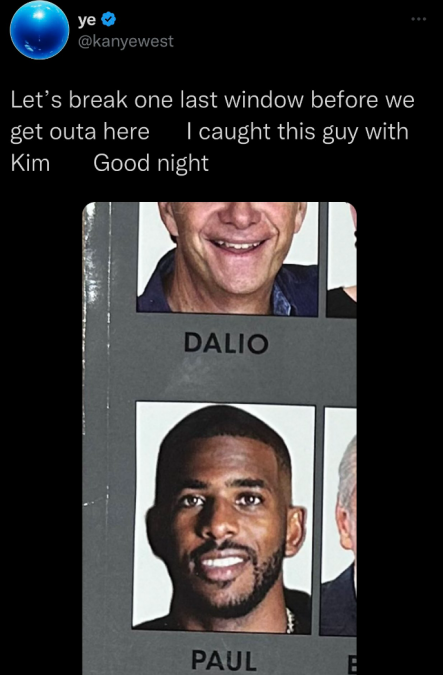