In a new book entitled “Red Handed: How American Elites Get Rich Helping China Win,” Peter Schweizer, the author and Breitbart News Senior Contributor, reveals that the Biden family has reportedly gained $31 million from five deals in China. All of the which were related to individuals that had direct ties to the Chinese spy apparatus. In the book, Schweizer explains that Beijing saw a good financial relationship with the Bidens that could be an opening for “elite capture.” This would allow a mutual power high for Hunter Biden who would be able to secure meetings with top level Chinese financial institutions and the Chinese Communist Party, as well as the Chinese gaining the power of leveraging Biden for their interests. 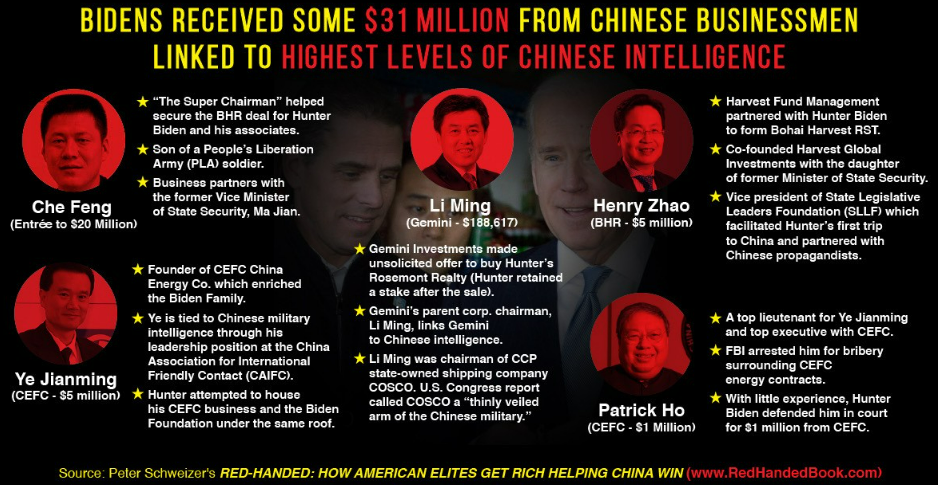 In a photo from Hunter Biden’s hard drive a chart was displayed showing the breakdown of a company Hunter set up that would provide CEFC China Energy Chairman Ye Jiemaing (Jainming) access to invest in U.S. infrastructure. Which is where the Biden family has received $6 million from Ye’s companies. 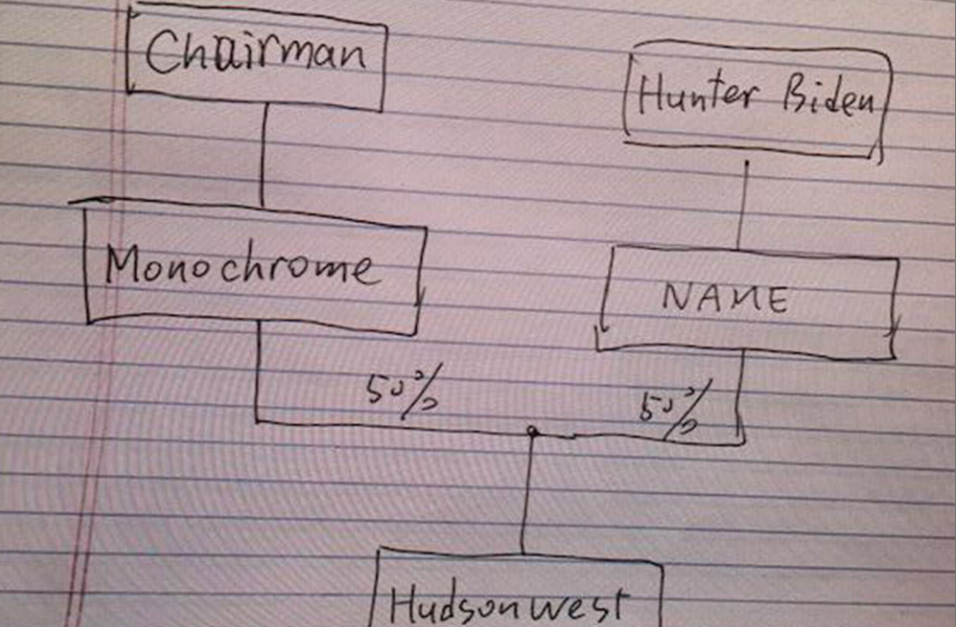 It was in deals with CEFC that Hunter discussed holding 10% for his father, now President Biden. Though it didn’t stop there, each deal the Bidens made with Chinese intelligence associates yielded a return of money to family. Which has been seen, through a report from the New York Post, footed bills for Joe Biden’s expenses. As Schweizer mentioned in his book “Hunter Biden and Joe Biden blurred their funds.” This is slightly illustrated though claims of an investigation of Hunter’s hard drive yielding evidence that bills for Joe Biden’s Wilmington Delaware home were being sent to Hunter to pay.

Schweizer’s book will be released on January 25, 2023. Read more at Breitbart.