The History Of The Poinsettia

Home /NEWS/The History Of The Poinsettia

The History Of The Poinsettia 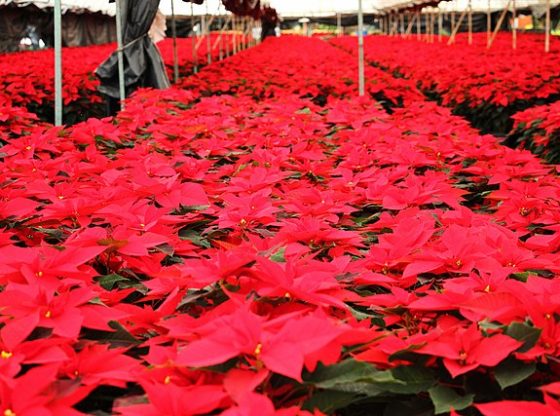 A U.S. ambassador and an American family are responsible for the holiday symbol that is the poinsettia. The poinsettia, a flower that blooms for only a couple of weeks in November and December, is one of the best-selling flowers worldwide. With its market raking in an estimated $153 million in 2020 alone. Though the popular plant has a long history, starting back in Aztecan times.

In the 14th century, Aztecs called the plant cuetlaxóchitl, roughly meaning “leathered flower” in Náhuatl. The Aztecs had been said to use the plant for warrior rituals and dyes. They also used the plant’s latex sap to treat wounds and help break fevers. The Aztecs weren’t the only ones who used the plant though, other Mesoamerican civilizations had other names for it. The Mayans used the name k’alul wits, which roughly translates to “fire flower.”

Though it wasn’t until the first Spanish settlers arrived in Mexico in the 16th century that the plant became linked to the Christmas season. The Spanish colonizers used what they called “flor de nochebuena,” or Christmas Eve flower to decorate nativity scenes to mark the Christmas holiday and attract people to their faith.

It wasn’t until 1825 that diplomat Joel Robert Poinsett, who was appointed as the first U.S. ambassador to the county, sent samples of the plant to friends in the U.S. Though this was before phytosanitary regulations were in place, which would have prohibited this action from taking place today. Thankfully so Poinsett was able to send the plant samples to the U.S. where they ended up in a Philadelphia Botanic Garden. Spreading awareness for the plant under the name Poinsettia.

The poinsettia didn’t become a mass market plant until the Ecke family came to patent it though, under the 1930 Plant Patent Act. After patenting it and propagating the flower, they were able to mass-market it as a “California Christmas flower,” spreading their varieties all over. With one of their variations still around today.