Update: FAA Lifts Ground Stops as Cancellations Pile Up and Ripple Across the Country

Home /NEWS/Update: FAA Lifts Ground Stops as Cancellations Pile Up and Ripple Across the Country

Update: FAA Lifts Ground Stops as Cancellations Pile Up and Ripple Across the Country 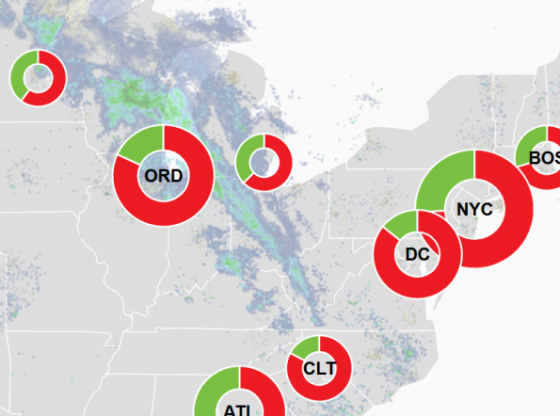 After over 400 flights were canceled on Wednesday morning, the FAA is lifting the halt that stopped departures in the United States.

As of 9:30am ET, Flight Aware states that there are 4,592 delays and 2,512 cancelations. Now that FAA has lifted the halt, it will create a ripple effect across the country that will be felt for the next few days.

Fox News reports:
The FAA says some flights had resumed at a handful of airports earlier than the 9 a.m. deadline, however. The outage comes as a result of the failure of the FAA’s NOTAM (Notice to Air Missions) system, which alerts pilots and other personnel about airborne issues and other delays at airports across the country.

“Normal air traffic operations are resuming gradually across the United States following an overnight outage to the FAA’s Notice to Air Missions (NOTAM) system that provides safety information to flight crews,” the FAA wrote in its fifth update of the morning.

“The ground stop has been lifted.The agency continues to look into the cause of the initial problem,” the statement continued. 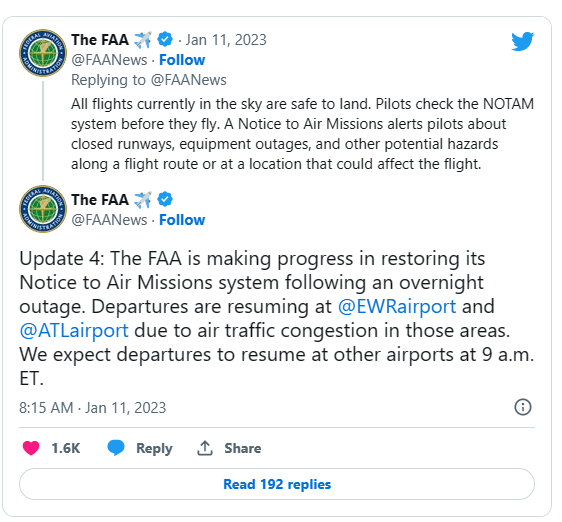 “While some functions are beginning to come back online, National Airspace System operations remain limited,” the statement continued. 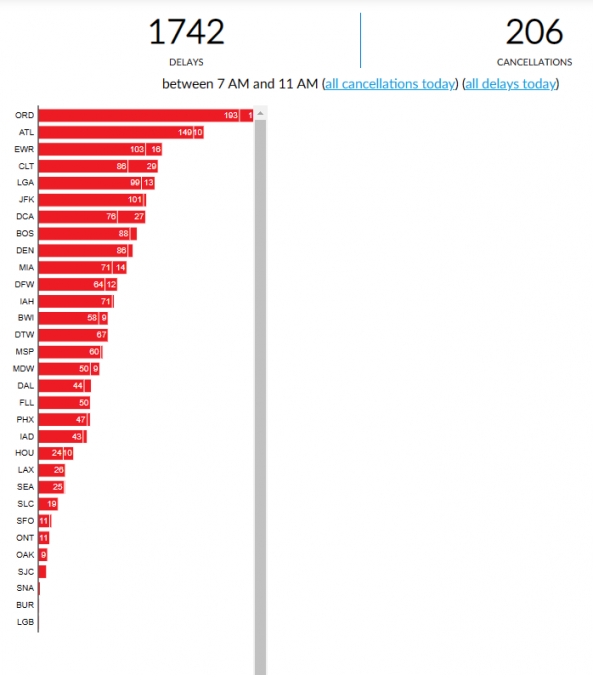