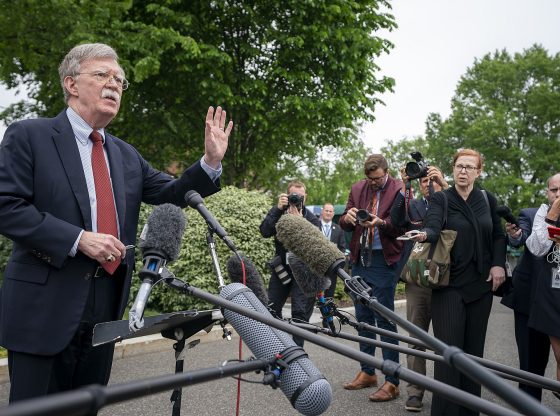 President Trump has bestowed another nickname on John Bolton this time labeling him a “washed up creepster.”

President Trump marked the release of John Bolton’s memoir Tuesday by calling him a “washed up Creepster” and saying his former national security adviser should be “in jail” for allegedly including classified material from his time at the White House in his book.

Washed up Creepster John Bolton is a lowlife who should be in jail, money seized, for disseminating, for profit, highly Classified information. Remember what they did to the young submarine sailor, but did nothing to Crooked Hillary. I ended up pardoning him – It wasn’t fair!

A federal judge on Saturday allowed Bolton’s memoir to be released, despite concerns it contains classified information, but tore into the former national security adviser for having “gambled” with national security.

The Justice Department had sought an injunction and a temporary restraining order to prevent the release of “The Room Where It Happened,” saying that the book contained classified information and that Bolton had deliberately bypassed the necessary classification review process that he had agreed to.

“In exchange for money, he has broken that promise,” David Morrell, deputy assistant attorney general, said in a hearing Friday. “The obligation lies on him to bring his book in line with the contractual obligations he assumed.”

Former Trump administration officials have spoken out against Bolton and criticized his behavior during his tenure as National Security Adviser. The most damning came from a story shared by former Press Secretary Sarah Sanders.