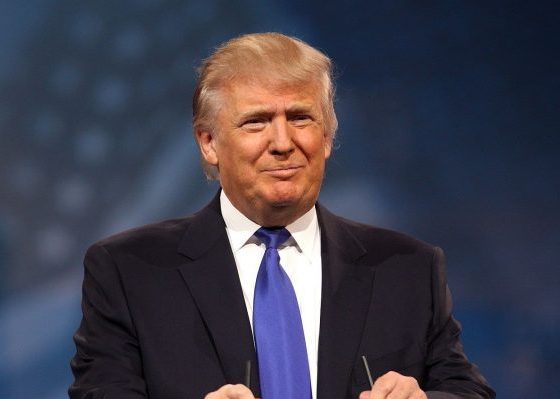 President Trump has been in a battle with his niece to stop the publication of a tell-all book from his niece. Trump along with other family members have stated that it would be in violation of an agreement the family had with the niece.

A judge issued a temporary restraining order on Tuesday.

A New York judge has delayed the release of a book reportedly filled with embarrassing details about President Donald Trump and the wider Trump family.

New York State Supreme Court Judge Hal Greenwald issued a temporary restraining order against Mary Trump and Simon & Schuster on Tuesday, at least temporarily blocking the publication of Mary Trump’s new tell-all book, “Too Much And Never Enough: How My Family Created the World’s Most Dangerous Man,” according to The Daily Beast.

Greenwald ordered the publishing company to halt distributing the book until at least July 10 when the judge will hear oral arguments from both sides. Mary Trump’s uncle, Robert Trump, filed the restraining order request with the court last week to block publication of the book for violating a 2001 agreement related to the estate of Fred Trump, the father of Robert, Maryanne Trump Barry, and the president.

“Pending the hearing and determination of Petitioner Robert S. Trump’s within motion for a preliminary injunction, Mary L. Trump and Simon & Schuster, Inc., together with their respective members, officers, employees, servants, agents, attorneys, representatives and all other persons acting on behalf of or in concert with either or both of them, are hereby temporarily enjoined and restrained,” Greenwald wrote, according to The Daily Beast. “From publishing, printing or distributing any book or any portions thereof including but not limited to the book entitled: ‘Too Much and Never Enough, How My Family Created the World’s Most Dangerous Man,’ in any medium containing descriptions or accounts of Mary L. Trump’s relationship with Robert S. Trump, Donald Trump, or Maryanne Trump Barry.”

Mary’s brother, Fred III stated that he only recently learned of her book and reaffirmed his strong relationship with his extended family essentially putting his sister against the rest of the family, alone.

Don’t you wonder if President Trumps niece is a registered Democrat? Or, perhaps she is just one of those people who use others for profitable gain, even her own family members?
I think she is an “Opportunist” willing to destroy her Uncle’s reputation for some $$. Sad we have such deviant people in our Country who care about no one or nothing but themselves! Hopefully the Judge at the hearing will “ban” her book from ever being published. Time will tell.

The Maryanne Trump just wants a few minutes of fame. She barely knew her Father. He divorced her mother when she was very young. I’m certain she hasn’t got much to gab about, but she’ll think of something for fodder for the lunatic leftists.

She is just another PSYCHO-LEFTIST!! I wouldn’t give her the time of day!

Good for the President. Everyone has their crazy relatives living somewhere either in Chicago, New York or LA others in basements, closets or garages. Some are hoarders, some are space cadets. They’re yours for better or for worse.

Thank u for the common sense….

Can we make signs and bumper stickers with your comnent? It’s absolutely right on!! Love this! “But Lives Matter” — couldn’t be better expressed!
Actually you can purchase Bumper Sticker paper at Staples and Office Max and make your own bumper stickers. It’s relatively easy if you know your way around a computer. Let’s do this! Let’s give Black Lives Matter a little competition and a WHOLE LOT TO THINK ABOUT THEUR CLUELESS DESTRUCTIVE ACTIONS!
Thanks for the idea!
🇺🇸🇺🇸God Bless The U.S.A.🇺🇸🇺🇸

Every man, woman, and child has flaws. President Trump is no different. He is flawed. He has been able to grow from those past flaws and preside over one of the most vigorous growth economies the world has ever known.

For someone to write a salacious tell all book about someone in their own family, one must assume they are either starved for attention or desperately greedy.

A very wise educator once shared with me at a parent-teacher conference, as I mentioned to her, my daughter was experiencing bullying from her peers for her outstanding academic achievement & attempting to ”fit in” with these cliquish territorial students. ”Familiarity breeds contempt!” Her advice still rings true today! Doesn’t matter where your socio-economic status prevails, envy is alive and well! Money talks BS walks! 😉