NATO – Poland Will Pay Majority of Costs for U.S. Troops

NATO – Poland Will Pay Majority of Costs for U.S. Troops 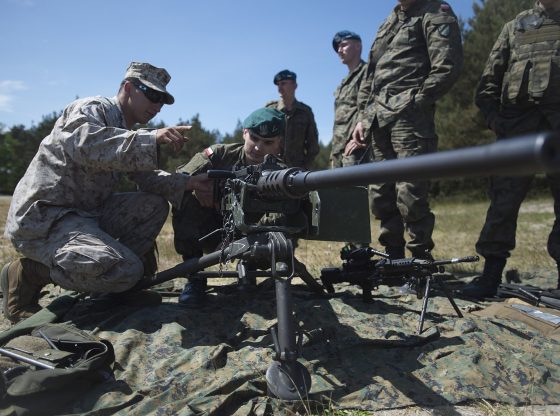 While critics of President Trump’s redeployment of U.S. troops in Europe continue to bash the moves, Poland is showing how a real ally behaves. While already fulfilling its NATO required 2% of GDP for defense spending, it has now also agreed to pay the majority of costs associated with stationing 5,500 U.S. troops at bases in Poland.

The ‘Enhanced Defense Cooperation Agreement’ between the two countries has essentially been agreed to but will not be signed for several weeks. Nevertheless, as part of a new security cooperation pact, Poland, according to Breaking Defense, “has agreed to take more U.S. forces, aircraft and drones while footing what is likely to be a hefty bill to build infrastructure for those forces as they flow in and out of the country on a rotational basis.”

While the final amount Poland will pay is not known yet, Breaking Defense noted that Poland has agreed to fully fund infrastructure for:

A command post of the Army’s V Corps headquarters

A U.S. division headquarters in Poland

A joint-use Combat Training Center in Drawsko Pomorskie, among other training locations

Facilities to support special operations forces so they can conduct air, ground and maritime operations

The Trump administration has been prodding old U.S. allies in Asia to pay more of the costs of stationing tens of thousands of U.S. troops within their borders for decades – and complained that countries in Europe, such as Germany, do not meet the 2% defense spending required by NATO. America’s newer ally, Poland is showing that it is not one of those countries.

READ NEXT: Polish Leader Invites AOC to See Horrors of the Holocaust Firsthand >>

Punxatawney Joe is Still Hiding in His Media Hole
MSNBC Producer Quits, Reveals What It Was Like On the Inside