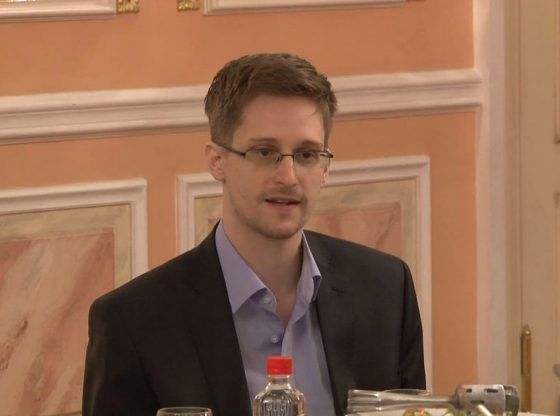 President Trump on Sunday granted an emergency authorization for the usage of convalescent plasma to treat coronavirus patients, dubbing it a “major breakthrough.”

Speaking to reporters from the White House Sunday, Trump said the FDA has “issued an emergency use authorization… for a treatment known as convalescent plasma.”

Not Many Watched the Democrat Convention

Say what you will about the fiasco that was the 1968 Democrat Convention – people at least seemed to care about it. Not so for 2020. Drooling Joe Biden and the Californian vulture on his shoulder are generating about as much energy as discount solar panels in the middle of Winter.

Even the media cartel flagships like CNN and USAToday had to admit it was a total bust – down 28% from 2016, which wasn’t exactly a million-man march. If we just look at the cable propaganda outlets, we’re looking at a 42% drop in viewership.

“There are a lot of people that think that he is not being treated fairly,” Trump said in an interview Thursday.  “Many people are on his side.”

The Senator, who was also a physician prior to his tenure in politics, contacted his doctor to get tested after being exposed to someone with coronavirus.

John Hager, who overcame contracting polio as an adult to serve as Virginia’s lieutenant governor, and hold other state and national positions, died Sunday, at age 83.

Hager, a moderate Republican, was part of the party’s first sweep, in 1997, when Hager was elected lieutenant governor, along with Gov. Jim Gilmore and Attorney General Mark Early.

The Soft Bigotry of Mass-Mail-In Ballots

When the U.S. Civil Rights Commission meets on Friday, it will welcome its newest member. J. Christian Adams is a Justice Department veteran and seasoned ballot-integrity litigant and activist. President Donald J. Trump wisely named Adams to the Commission, to guide it toward sensible work and restrain the far-Left tendencies of its Democrat members and staff.

I think Snowden deserves a pardon, he opened americans eyes to how corrupt, our government, has been ,against the American people. If traitor,bathhouse barry soetoro, can pardon a deserter, turn loose 5 known terrorists, Trump can pardon, a citizen, forced to flee his country, and live as a wanted man. Free him

Mail in ballots? These Democrats are treasonous criminals. Is it true that Nancy Pelosi becomes president if the mail in ballots are not counted by a date such as January 10 2021? Is there something in the constitution that allows a criminal such as the House speaker to take the oval office after her party creates so much chaos that mail in ballots can’t be counted on time? Please Mr President…Don’t let that happen if it’s true. Have them all arrested and put in a military prison to be held on treason until their trial. All of them who were involved in spying on the President and their conspirators in the fake news.

P A R D O N THIS PATRIOTIC MAN IN SOUNDING THE ALARM ON THE ” FILTHY DEEP STATE DUMBORATS ” TO THERE CORRUPT PROGRAMS AGAINST THE FOLKS!

I vote with AG Barr. I am all in with my votes for President Trump, I just think a traitor should be charged as such!

charge try then maybe release him with conditions.

I think he deserves a medal! A lot of this crooked stuff would not have been known if not for him.

Madam, you do realize Mr. Snowden’s treasonous actions revealed many CIA and NSA secrets to our enemies, which in turn put many of our operatives lives in jeopardy. He is a traitor and a cell is too good for him.

When talking about mail in votes,some “official?” said “Oh, you wont be able to vote but once because your name will be marked off” Who is going to mark it off and no way to know for several days who has voted. In the meantime,they will go vote where ever they can and their name will not be marked off yet.

They will just go somewhere else and vote under a different name.

Pardon but watch him closely

Mr. President, please do not pardon Mr. Snowden. He jeopardized many people’s lives with his traitorous actions. He is treasonous and deserves to be put into a cage with the key thrown away.