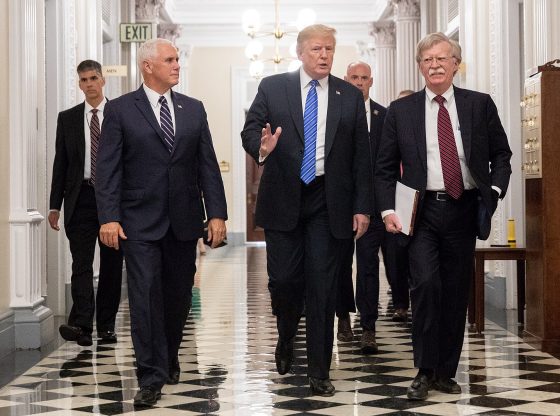 Former National Security Adviser John Bolton is under investigation by the DOJ over information disseminated in his recent book. The DOJ’s investigation is looking into whether Bolton shared classified information in the book.

The New York Times originally reported that the investigation was taking place into information into the memoir, “The Room Where it Happened.”

In June, after the Trump administration had filed a lawsuit to stop the book’s publication, Judge Royce C. Lamberth of the Federal District Court of the District of Columbia ruled that Bolton could proceed with the publication of the book, arguing, “With hundreds of thousands of copies around the globe — many in newsrooms — the damage is done. There is no restoring the status quo,” but Lamberth also added, “Bolton has gambled with the national security of the United States. He has exposed his country to harm and himself to civil (and potentially criminal) liability. But these facts do not control the motion before the court. The government has failed to establish that an injunction will prevent irreparable harm.”

In August, John Ratcliffe, the newly installed Director of National Intelligence, referred the matter to the Justice Department, two sources told the Times, which added, “John Demers, the head of the department’s national security division, then opened the criminal investigation, according to a person briefed on the case.”

Lamberth concluded, “This was Bolton’s bet: If he is right and the book does not contain classified information, he keeps the upside mentioned above; but if he is wrong, he stands to lose his profits from the book deal, exposes himself to criminal liability, and imperils national security. Bolton was wrong.”

Trump tweeted about Bolton in June:

Washed up Creepster John Bolton is a lowlife who should be in jail, money seized, for disseminating, for profit, highly Classified information. Remember what they did to the young submarine sailor, but did nothing to Crooked Hillary. I ended up pardoning him – It wasn’t fair!

As we reported, Bolton’s memoir which is under investigation here and was essentially a hit piece on Trump made no mention of this happening and even stated that the trip was canceled due to weather.

Bolton also went on the record later to refute the report as The Hill noted.

“I didn’t hear that,” Bolton told The New York Times. “I’m not saying he didn’t say them later in the day or another time, but I was there for that discussion.”