ICE Chief to Resign at End of Year

ICE Chief to Resign at End of Year 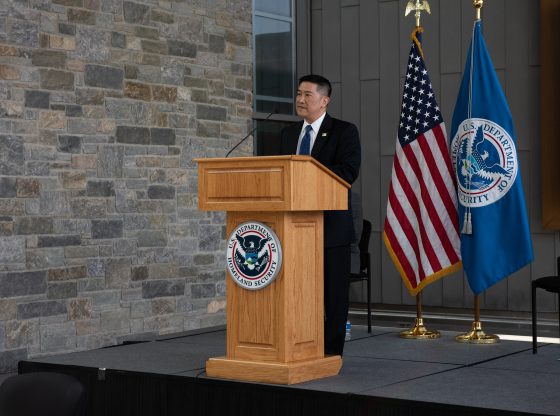 The acting director of Immigration and Customs Enforcement, Tony Pham, is set to resign at the end of the year reports say.

Acting Immigration and Customs Enforcement (ICE) Director Tony Pham is expected to resign by the end of the year, sources told Fox News on Friday.

Pham replaced Matt Albence as acting head of the enforcement agency in August and has since headed the agency in a number of operations targeting criminal illegal immigrants across the country — including in “sanctuary” cities.

Pham came to the U.S. as a refugee from Vietnam when he was 2 years old. In 1985, Pham became a U.S. citizen, before eventually going to law school and then becoming a prosecutor, handling narcotics, gang and firearms cases. He would also serve as superintendent of a jail in Virginia.

In January 2020, he became the ICE principal legal advisor, before replacing Albence in August.

Joe Biden has promised to stop ICE deportations for 100 days if he assumes the office of the presidency. 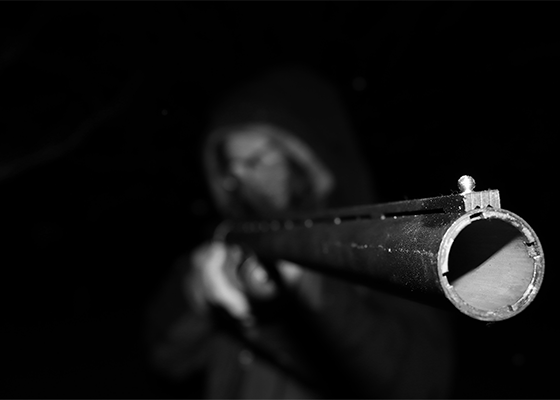 Maybe he should wait to see if Trump is certified the winner.

you gotta be the most pathetic troll on the internet; get a job

are their you are albert , mourning .

Biden / Harris – the fools that will destroy this country. Trump 2020.

Because arrogant fools voted for them. Pray that the damage will not be irreversible.

If Biden and Harris are the winners it is ONLY because of VOTER FRAUD !
Biden himself was bragging about the FRAUD … here are his own words .
“We have put together the most extensive and inclusive voter fraud organization in the history of American politics.”- Joe Biden, October 24, 2020

And there is the video of him saying it.!!!
If he is not a CYNIC I dont know what is.

That is an admission of guilt and should be used against the democrats and enough to stop the certification of this election!

We all understand that was a freudian slip, that happens to people with age related dementia! Thoughts go through their mind they wouldn’t say aloud if their brain was functioning at a normal level!
Biden has never been known for being intelligent at any stage of his life so he is going to make America cringe with gaffes, having loss of words, problems with his memory…..etc that is provided he is certified!

He meant it…he has even repeated it…Pay Attention…

And, yet, he got cheated in.

Yep, we all heard him, unfortunately his words were just more proof he has neither the mental competence or the physical strength to perform the duties to which he was so foolishly elected in a fraudulent faux election! President Comrade Kamala is a full blown communist who will do even more damage to the country than the brain deficient Biden!
Without devine intervention and SCOTUS, it remains to be seen what America will be after four years, particularly if marxist terrorists turn the entire nation into what we see in Portland!

If the election fraud is allowed to stand, then our country is finished as we know it. The dems will know what to do in all future elections to make sure they win. Rush sees how divided the country is, and he isn’t seeing a way to unite the country any longer. You are talking civil war (which I pray it isn’t) or secession. There are about 18 states now trying to fight the vote fraud with the Texas lawsuit. The damage the democrats have been causing over the decades has brought us to this division. I don’t think there will be any other way out.

According to Sydney Powell this country is not a Blue Country whatsoever. It is mostly Red, and there has been so much fraud in past elections, that everywhere you see Republicans winning in Legislatures, etc. in the majority, if the Governor Elected is Democrat, time for an internal audit of election systems and ballots.

It is mostly red Biden won fewer than 500 counties out of over 3000 in the USA. Look at a red vs blue map and it’s quite clear we are NOT democrats it’s the large democrate run cities that overtakes the other areas by populus and by fraud in this recent and most likely other elections. It’s straight out in front for all to see but these loons refuse to admit they cheated to win this election hell it’s on video multiple times. But NOTHING TO SEE HERE>>>MOVE ON as they are pushing the narrative..

This is what happens in a democracy.

Except we are a republic. Democracy is mob rule and that is what we have become. From there, the democrats want riots and violence (their revolution), which is always replaced with a dictatorship.

Someone should bring charges against Biden should he take office and stop ICE deportations. I don’t think he has the authority to over-ride court and legal determinations that are made BEFORE someone is deported.
Therefore, Biden would be preventing law enforcement from enforcing the law. Ditto any decision to tell Border agents to “stand down” and not do their jobs at preventing illegal entry into the States.
I think ne’d be slapped down by the Court for ‘dereliction of his duty’ to protect citizens AND enforce the laws.

Michael O'Connor
Reply to  Fed Up WIth Liberal Activist "Judges"

Biden is a Democrat, they have proved they can do whatever they damn well please. People need to take a lesson from BLM and go after the democrats in a way they will never forget. If we don’t kiss America good bye.

Yes we need to make a few examples like hanging Pelosi.
for treason or some of her buddies.

Mandy Martin
Reply to  Fed Up WIth Liberal Activist "Judges"

We would hope that there would be that much authority left, but I am not banking on it. Our ONLY hope is that the vote cheating is overruled.

Why stick around? If felony joe gets in, kamala will tell him to melt ICE!

It’s ok and when Trump is the winner he can ask to rescind his resignation. No big deal.

Trump is the winner

No one knows that because of voter fraud and mishandling of ballots!

This is all a fraud the American taxpayers have to pay for cause you can’t take stupid out of stuuuuuuuuuuuuuuuuuuuuuuuupidity with these demonRATS. The fake Russian collusion, the fake impeachment, and the fake media’s with this gates population bullshit called covid all intertwined with the DEMONRATS. MAY GOD HAVE MERCY ON YOUR SOULS. YOUR A DISGRACEFUL, DISGUSTING, BUNCH OF SEWER RATS. THAT THE AMERICAN TAXPAYING PATRIOTS HAVE TO FIX CAUSE OF YOUR SLIMY BULLSHIT. OH AND DON’T FORGET THE BLAME GAME ON PRESIDENT TRUMP EITHER. HE’S BRINGING YOUR SCUMBAGS CORRUPTION OUT AND PRESIDENT TRUMP HAS AWOKE THE AMERICAN PATRIOTS TO YOUR LIES AND DIARRHEA OF YOUR ROTTEN SHITTY MOUTHS OF LIES AND CORRUPTION. SWALWELL AS WELL. SHOULD HAVE KEPT HIS PANTS ON, BUT THE ENEMY FANG FANG, MUST HAVE GIVEN A BLOW JOB. I’VE HEARD HUNTER BIDEN FOLLOWS SUIT. THEY FOLLOWED THE SLIME BALL #1 NAMED CLINTON. BA HA HA HA HA AND IT’S ALWAYS SIMEONE ELSE’S FAULT. HA HA HA. BIGGEST LIEING SACKS OF SHIT

The majority has spoken.

There is absolutely no way to prove that! You are just a stupid troll!

Pham from Nam is going back to the jungle for a fresh glass of napalm and tonic with a slice of Agent Orange…….a genuine affirmative action loser.

If by chance Biden gets the office we are screwed.

Pham? Is he Chinese? Time to look into all of the Chinese hires QUICKLY!

He is Vietnamese, by birth, but came to the US at age 2. He is an american citizen.

Donald J. Trump will be declared the winner and Biden will go into hiden!

Biden doing everything on 100 day time tables. Kamalala must take over in April!

scotus is useless as teats on a boar if they won’t hear a case about the CONSTITUTION which is their MAIN JOB, send them ALL home and disband this USELESS court!

Roberts decides what they take on.

he knows he is toast , the boot was put on ,’broken foot ‘!?, [ he always over plays things ], then removed ,means he is playing ball .and I thought he already had ‘assumed the office ‘, and we know assumptions can get you killed .