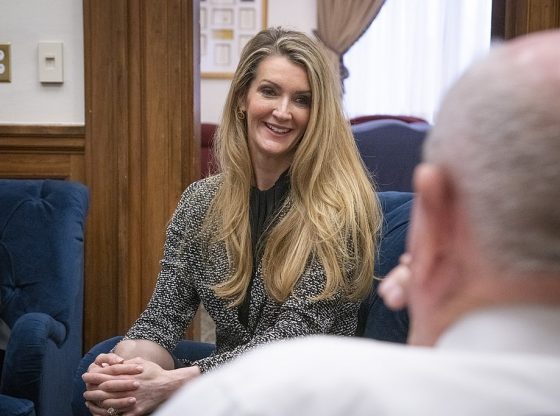 Many attribute Stacey Abrams’ Fair Fight and influence for the Democrat’s progress in the traditionally red state. This year Democrats swept the state by flipping both Senate seats. Loeffler’s voter registration and outreach group will focus on registering conservative-leaning voters and strengthening election security.

“Our state is greater – and our democracy is stronger – when everyone’s voice is heard, and that’s exactly what Greater Georgia’s work is about,” Loeffler, a Republican, said in a statement. She will be the chairwoman of the group.

“But for too many in our state, the importance – and even the sanctity of their vote – is in question,” she said. ” That’s why we’re rolling up our sleeves to register conservative-leaning voters who have been overlooked, to regularly engage more communities, and to strengthen election integrity across our state.”

Republicans have been alarmed at the effectiveness of Abrams’ political machine, and Greater Georgia is Loeffler’s attempt to match that ahead of 2022, when the state will see several consequential statewide races. Not only will Warnock be up for reelection, but there will also be races for governor, lieutenant governor, attorney general, secretary of state and more.

“Elections at every level have consequences – and we’re already seeing the consequences of recent elections play out in Georgia and across the country. Conservatives have a winning message, we just need to go out and share it with more people,” Loeffler said. “By registering new voters, broadening our outreach, and rebuilding trust in our election process, we can create better outcomes, strengthen our democracy, and lift up more voices in our state.”

Loeffler hasn’t completely ruled out running for Senate once more but says her primary focus, for now, is Greater Georgia and helping restore Georgian’s confidence in the election system. David Perdue, who lost to Jon Ossoff, has already filed preliminary paperwork with the FEC and revealed he is considering running against Warnock next year.