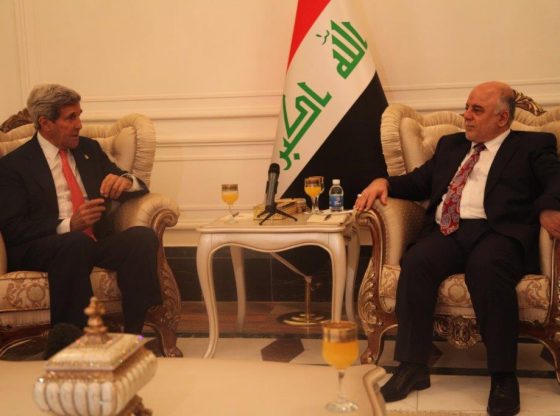 Biden’s State Department was hoping it would be able to successfully avoid releasing climate czar John Kerry’s finances considering he’s one of the richest members of the Biden administration but after weeks of requests Fox News finally wore them down. Beginning on April 9th, Fox News began requesting the documents which typically takes around two to three business days to fulfill however the State Department did not comply with the request without giving any reason.

Fox News sent the State Department five total requests for the documents before they were released, despite communications with an agency spokesperson who directed Fox News to contact the same email address to which the requests had already been sent.

The State Department only released the documents after Fox News informed the agency that it was preparing a story on the administration’s refusal to comply with the records request. A State Department spokesperson then said they were “seeking an answer” about the document request.

It makes sense the State Department dragged its feet on releasing Kerry’s documents considering they paint the former Secretary of State and current climate czar as a total hypocrite. According to the documents, Kerry and his wife owned millions in fossil fuel-related stocks. he owned this while jetting all over the world- in his gas-guzzling private jet to warn people of the detrimental effects of climate change. [Related: New Bombshell Drops on John Kerry]

I say we get him a cell right next to Hunter

NO! Get the rope!

I like the rope idea for ALL of them!

I think Hemlock would be better. A littler slower.

I always thought traitors got shot.

and we can call it “rope a dope”

He’s still plugging for OBAMA , he’s as CROOKED as a SNAKE. Always has been.
People who voted Democrat must be brain dead !!

Lurch the slime ball. Can we also say… traitor, gigolo and hypocrite!

Kerry has always been a loose gun, and an ego maniac. His military “career” was a farce and he has always been ready to sell America out for his personal gain.
The fact that Biden even put him back into politics is a disgrace to America

Democrap sleepy Joe Biden is a disgrace to the USA!!

I think it was ordered by Obama!!

Typical democrats are all the same total hypocrites

John Kerry is a user and an abuser. He needs to be kicked out of our government along with several others who are liars and cheaters and anti-American.

I might add that Kerry’s wealth was not due to his efforts and earnings. He married that wealth.

Joe must be so proud to have someone with Kerry’s hypocritical nature working for him. Where are all those tree-huggers and climate change scammers now?

They are in California destroying our forests. Trump let Newsom know that persons who know forestry should be in charge of our beautiful forests NOT tree huggers or climate monkeys.

I’ve been saying it for a long time.
Good for me, not for thee!
Climate change is a HOAX!

It’s like the Indian guru sahib sez: “it is the nature of climate to change!” The climate has been changing for millions of years, long before humans were here. In the late 1970’s it was a panic over ‘the coming ice age!’ Then around 2002 it was: ‘Global warming is here! We’ve only 12 more years!’ Guess what, folks? Nineteen years later, we’re still here! And our ‘hot’ summers cannot match those scorchers of the 1980’s.

Once a traitor always a traitor.
Ask the sailors in the swift boats.
He has been a traitor and a COWARD all his rotten life.
If were going to cancel (culture) Mr. potato Head let’s cancel
Kerry because he has a head like Mr. Potato Head and should be canceled as well.
And with his mug facemask should be MANDATORY!

And this is surprising ??! Just ANOTHER do as I say, not as I do, LIBERAL DEMOCRAT HYPOCRITE ! After four years of continuously investigating Trump
in baseless charges, it’s time for all the liberal phonys to face the music now !!

No No No Hang him until dead.

kathy
Reply to  save America

well that certainly isn’t helpful in the least, while i agree he has to provide answers… this statement is just plain …, insane, criminal, inappropiate at best…
…

You are not understanding the people that think they are above Americans and they know more than we do about how to run our lives. Get this government OUT of our lives. They are paid by our tax dollars, stop them from spending our money on STUPID and un necessary projects!

Old traitor John’s past is coming back to haunt Him?

Nothing will happen now and it will be dropped just like everything else the RINO’s and democrats do.

Let’s not let that happen.

He is a liar and should step down.

To call him a hypocrite is not using another word for Democrat!!!!!!

I would wager those fossil fuel holdings are foreign and that may explain stopping the uS pipeline.

John Kerry is as MUCH Of a SCUMBAG as the rest of them!!! Crooked as a dog’s hind legs!!! He needs to be in PRISON along with the REST OF THEM!!!

been exposing all the corruption, colluding, obstruction of justice and treasonous acts of the demOrats, but as long as the FBI, DOJ and the CIA have been compromised nothing will be done