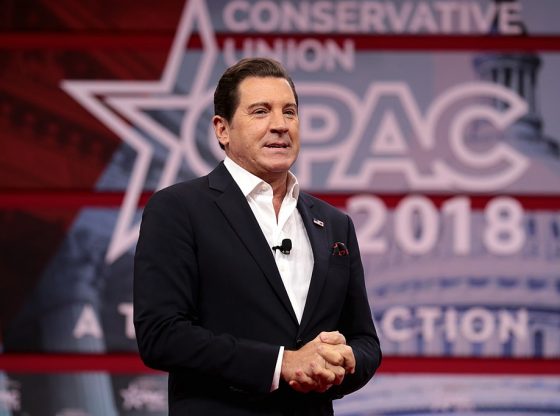 “Eric Bolling is a consummate media professional who isn’t afraid to ask tough questions, get provocative answers and challenge establishment thinking,” Chris Ruddy, CEO of Newsmax said. “His background in business and politics separates him from the competition.”

Bolling will begin as a guest host for Newsmax on various shows on Monday, and is slated to host a new show in July with details to be announced soon, the network said.

“Like myself, Newsmax is concerned with the direction that Big Tech and Big Corporate Media have taken journalism and our nation,” Bolling said as part of the announcement of his hiring. “I’m excited to join an organization that delivers programming you can trust.”

Bolling, who is from South Carolina, briefly flirted with a primary challenge to occasional Trump critic Rep. Nancy Mace (R-SC) later saying he had decided against running.

Bolling left Fox News in 2017 amid sexual harassment allegations which he has repeatedly denied.

MTG to Meet With McCarthy

I always liked Eric Bolling, so I wish him well at Newsmax!

Good for Eric, I’ve always liked him. I have Newsmax on my satellite service.

Yes we will watch Eric Bolling

Good job! Eric will be outstanding as always.

Absolutely. I will definitely watch Eric Bolling. Always liked him

Good for you, Eric! I always liked your straight truth approach.

I saw that he was on Newsmax, good for him, he has a good personality and good at uncovering the coverups. Super.

Wow, I guess the bottom has really fallen out of Eric’s world.

With the way Fox is heading, there will be more “former” Fox hosts moving on to different venues. They can keep Christacle Wallass and Juan though. Nobody else wants those two morons.

I am a regular Newsmax viewer and saw Eric the other day. Good addition!

So happy for Eric! He deserves a break. After
the tragedy of losing his job, then his son; I pray
he will be happy and successful with Newsmax.

Bolling will be a good addition to Newsmax. Maybe they will see less need for some of those liberal commentators they insist on having on some of their panels. People who watch Newsmax DON’T NEED more exposure to leftists’ blather, that’s why they watch Newsmax. Fox News has become a lost cause.