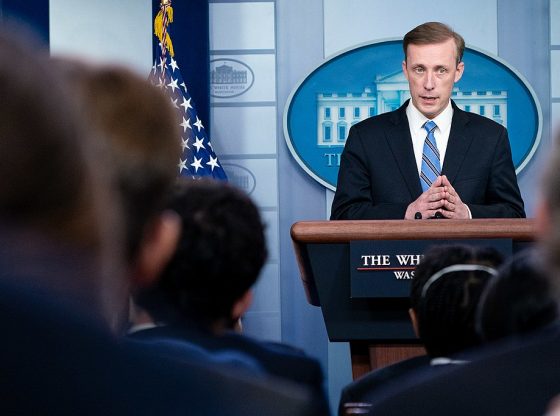 Multiple sources have revealed Jake Sullivan as the “foreign policy adviser” involved in the indictment of former Hillary Clinton’s presidential campaign attorney Michael Sussman. Sullivan, who serves as President Biden’s national security adviser, is the first figure from John Durham’s investigation into the Russia hoax to be directly connected to Biden’s White House.

Sussman was previously indicted for allegedly lying to the FBI on Sept. 16th.

Durham’s indictment alleges Sussmann told then-FBI General Counsel James Baker he was not doing work “for any client” when he requested and held a September 2016 meeting in which he provided evidence of a purported secret communications channel between then-candidate Donald Trump and Russia.

In fact, he later billed the Clinton campaign for the meeting, according to Durham’s indictment. The FBI also looked into the story about the alleged link between the Trump presidential campaign and the Russian bank, it turned out to be bogus.

The Durham indictment lays out a scenario where an unnamed Clinton campaign lawyer, “exchanged emails with the Clinton Campaign’s campaign manager, communications director, and foreign policy advisor [Jake Sullivan] concerning the Russian Bank-1 allegations that Sussmann had recently shared,” with an unnamed reporter.

The Durham indictment also alleges that Sussmann was working on behalf of a tech industry executive, an American internet company and Hillary Clinton’s presidential campaign.

So far, there’s no indication that Sullivan is a target in Durham’s investigation.