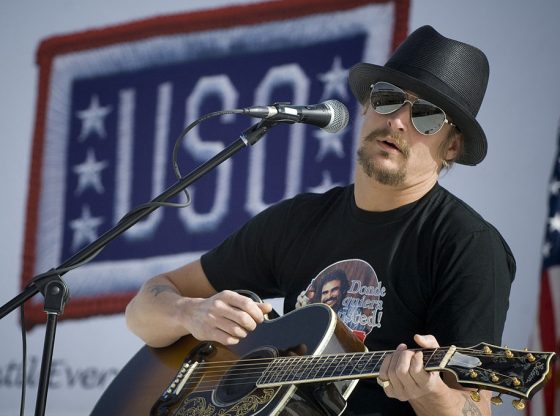 Famous musician Kid Rock says that he’s leaving open the possibility of running for public office in the future.

“One day, if I ever thought – if I was bored, sitting around – really thought I could serve my county and help them out, stir things up a little bit and do what’s right, I’d have to take a hard look at it,” he told Fox News’ Tucker Carlson.

The filing deadline to be on the ballot in Michigan was April 19. Kid Rock splits his time between Michigan, Tennessee and Florida.

“I believe if you work your butt off and pay taxes, you should be able to understand and navigate the laws, tax codes, health care and anything else the government puts in place that affects us all,” he said at the time.

Kid Rock is only the latest celebrity to express interest in running for office. Many Americans speculated actor Matthew McConaughey may be mulling a run for Texas governor until he ultimately declined to run.

“As a simple kid born in the little town of Uvalde, Texas, it never occurred to me that I would one day be considered for political leadership,” McConaughey said. “It’s a humbling and inspiring path to ponder. It is also a path that I am choosing not to take at this moment.”

Actor Dwayne “The Rock” Johnson has also expressed interest in possibly launching a presidential campaign in the future.

“I don´t think our Founding Fathers EVER envisioned a six-four, bald, tattooed, half-Black, half-Samoan, tequila drinking, pick-up truck driving, fanny-pack wearing guy joining their club,” Johnson previously said. “But if it ever happens it´d be my honor to serve you, the people.”

Is his privilege. Voters will decide if they want him.

How about actor James Woods? The man is MIT educated with a 180+ IQ and stalwart Conservative credentials. That IQ is in the ballpark of our nation’s Founders. How about that?