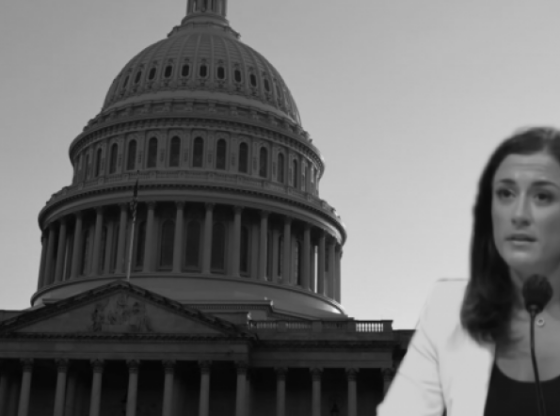 What Happened: Former Trump White House Aide Cassidy Hutchinson gave highly salacious testimony to the January 6th Committee this past week. Among the claims are allegations that former President Donald J. Trump wanted to attend the January 6th riot himself and that he threw a tantrum over Attorney General William Barr’s AP interview.

Here is the short version of Cassidy Hutchinson’s claims:

What Claim Does Herschmann Take Issue With: A spokesperson for Eric Herschmann put out a statement saying that it was, in fact, Herschmann who wrote the note that Cassidy Hutchinson claimed she wrote.

Cassidy Hutchinson claimed under oath that she wrote the note and, when prompted by Republican Representative Liz Cheney, said, “That’s my handwriting.”

“The Committee has done its diligence on this and found Ms. Hutchinson’s account of this matter credible. While we understand that she and Mr. Herschmann may have differing recollections of who wrote the note, what’s ultimately important is that both White House officials believed that the President should have immediately instructed his supporters to leave the Capitol building,” the January 6th Committee spokesperson said.

Relevance: Attorney Eric Herschmann is a widely respected figure in Washington D.C. who had come out of an early retirement to work with the Trump administration. If Herschmann did write the note that Hutchinson claimed she wrote, then this throws her credibility into question.

Other Disputed Claims: The Daily Wire has reported that the Secret Service is allegedly expected to push back on Hutchinson’s claims.

CNN reported that “a Secret Service official familiar with the matter told CNN that Tony Ornato denies telling Cassidy Hutchinson that the former president grabbed the steering wheel or an agent on his detail.”

John Santucci, an executive editorial producer at ABC, came out on Twitter to suggest that the Secret Service will also push back on the claims.

Reaction: Political strategist Arthur Schwartz came out in a statement on Twitter saying, “Cassidy lied through her teeth, and Liz Cheney knew she was lying.”

Anyone that has ever worked with Eric Herschmann knows that the handwriting on that note is his. Cassidy lied through her teeth and Liz Cheney knew she was lying.

An investigative journalist for the Washington Post, Josh Dawsey, expressed confusion on Twitter over the January 6th Committee’s refusal to play Secret Service testimony that could corroborate or dispute Cassidy Hutchinson’s claims.

Here's the thing. The committee has Secret Service testimony that would seemingly corroborate or dispute what Cassidy Hutchinson said today, but it wasn't played. Unclear why.

Hutchinson lied. That;’s all there is to it.

Can we do without the execution metaphors? They only reinforce the insane Democrat claims that those protesting the 2020 election irregularities are “violent insurrectionists.”

If the Republicans of Wyoming choose someone else to run in her place in the upcoming primary, that will be punishment enough.

She was just auditioning for a CNN or MSDNC gig. She did quite well by their standards.

Lie, cheat and steal, this is what these demonrat people do.

Does the demonrats have something to do with this?

Perhaps the most risible part of this is, “A spokesperson for the January 6th Committee came out in a statement claiming that they found ‘Ms. Hutchinson’s account of this matter credible.’ ” “Credible” is obvious double-speak for “consistent with the story we want to be heard and believed, never mind the facts.”