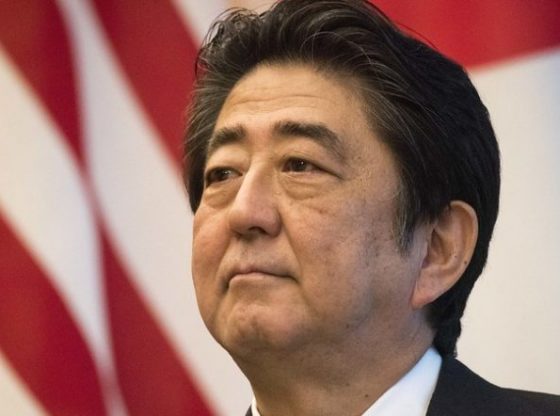 This story is subject to change as more information becomes available

As reported in American Briefing:

Former Prime Minister of Japan Shinzo Abe was assassinated on Friday morning while campaigning in Nara. The gunman was arrested on the scene moments after the shooting. Current Japanese Prime Minister Fumio Kishida told reporters, “this attack is an act of brutality that happened during the elections – the very foundation of our democracy – and is absolutely unforgivable.”

Update: Former Japanese Prime Minister Shinzo Abe was declared dead 5 hours after the initial shooting. Doctors were unable to revive Abe after they had taken him to the hospital.

What Happened: At 11:30 AM local time, Former Prime Minister Shinzo Abe was giving a speech to residents of Nara when a gunman drew a crude pipe shotgun and fired at him. The incident was caught on live television as Abe’s speech was broadcast on NHK. Doctors wer unable to revive Abe at the hospital.

Former Prime Minister Shinzo Abe was critically wounded in the shooting, suffering a gunshot wound to the neck. Abe was taken to the hospital by medical helicopter.

Makoto Ichikawa, a local businessman, told Reuters, “there was a loud bang and then smoke.”

The Shooter: Local authorities have arrested Tetsuta Yamagami, a local Nara Resident in his 40s, in connection with the assassination. The gunman did not attempt to flee the scene after he fired two rounds at Abe.

Yamagami was seen on the broadcast wielding what appeared to be a homemade shotgun that he used in his attempted assassination of Shinzo Abe.

Reuters reported that Yamagami had served in Japan’s military.

Former President Donald J. Trump responded to this incident on Truth Social, saying, “Absolutely devastating news that former Prime Minister Shinzo Abe of Japan, a truly great man and leader, has been shot, and is in very serious condition. He was a true friend of mine and, much more importantly, America. This is a tremendous blow to the wonderful people of Japan, who loved and admired him so much. We are all praying for Shinzo and his beautiful family!”

After the news broke that Shinzo Abe died as a result of his injuries, Trump issued another statement over Truth Social, “Really BAD NEWS FOR THE WORLD! Former Japanese Prime Minister Shinzo Abe is dead. His Killer was captured and will hopefully be dealt with swiftly and harshly. Few people know what a great man and leader Shinzo Abe was, but history will teach them and be kind. He was a unifier like no other, but above all, he was a man who loved and cherished his magnificent country, Japan. Shinzo Abe will be greatly missed. There will never be another like him! Donald J. Trump.”

Trump and Abe were close allies, while both were leaders of their respective nations. Moreover, they strengthened ties between Japan and the United States throughout their respective administrations.

Many took to Twitter to share their thoughts and prayers with Abe, his family, and the people of Japan.

Prayers up for Shinzo Abe – a great man and friend to the United States. pic.twitter.com/dUZk4jnxNx

Here’s some photos I found of trump and Shinzo Abe together. Hope you Enjoy. pic.twitter.com/F36muc0njp

The killer needs to lose his head with the assistance of a Samurai sword..

ANOTHER USELESS KILLING. THAT IS SO ‘HEART
BREAKING. REST IN PEACE SIR!

Terrible loss for Japan, US and the world. Progressives will stoop to anything to gain ultimate control over everybody.

You can’t use Facebook or Messenger because your account, or activity on it, didn’t follow our Community Standards. We have already reviewed this decision and it can’t be reversed. “No free speech on facebook, still protecting the corrupt bidens and proud of it”