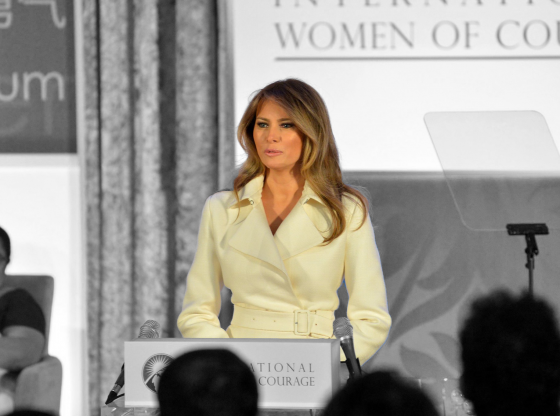 On Friday, former First Lady Melania Trump broker her silence by releasing a statement on the events of January 6 when the U.S. Capitol was breached. She told Fox News Digital she was “fulfilling” her duties as First Lady at the time of the incursion and if she knew the events happening at the time, she “would have immediately denounced the violence.”

Trump’s comments come after her former chief of staff Stephanie Grisham has publicly alleged that the former first lady did not immediately sign off on a statement condemning the Capitol riot.

“On January 6, 2021, I was fulfilling one of my duties as First Lady of the United States of America, and accordingly, I was unaware of what was simultaneously transpiring at the U.S. Capitol Building,” Trump told Fox News Digital.

“As with all First Ladies who preceded me, it was my obligation to record the contents of the White House’s historic rooms, including taking archival photographs of all the renovations. Several months in advance, I organized a qualified team of photographers, archivists, and designers to work with me in the White House to ensure perfect execution,” she continued. “As required, we scheduled January 6, 2021, to complete the work on behalf of our Nation.”