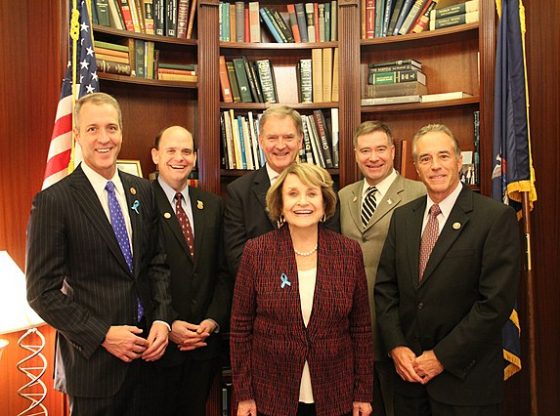 “[Y]ou’ll find broad agreement in our caucus, from the conservative Democrats to the most progressive, that we have a likability problem,” Maloney said in the [New York Times] interview.

Maloney said that Democrats don’t do a good enough job reaching out to Americans in areas that “have not benefited from the global economy.”

“I think that most of the voters…think that we’re out of touch, they think we’re elitist, we think we are better than they are.”

Maloney mentioned the unpopularity with the average voter of the word “Latinx,” a “gender neutral” alternative to Latino or Latina coined by liberals. Only 2% of Hispanics use the word “Latinx” to refer to themselves.

The DCCC chairman: "We have a likability problem" https://t.co/naGU2rIj57

I was a Dem for 47 years. While I live in a solid blue State, I did not vote very for a DemoRat. I couldn’t take all the corrupt, I switched to the Republican Party. DJT was not my first choice, which was a mistake. President Trump did more in 4 year than any President in my life time. The Democrats are all POS.

Glad you woke me. Please vote RED up and down the ticket in November and 2024.
If people don’t see what the Democrats are doing to the country and its citizenry, it really is a complete shame!!! This is not so much about Dem or Repub, as it is about the party lying, taking away our rights and freedoms on a daily basis and thinking we don’t see it.
Glad you do!!!

This whole thing is about globalism. Aka: an elite few running the world. Its like we’re watching the evil genius in a cartoon talk about how he is going to rule the world with a twinkle in his eye. I hope everyone wakes up without becoming “woke”. Wooden is a lie. Our Bill of Rights covers equality if only the elites would follow the law and apply it evenly to ALL Americans.

GOV’T. is not the answer to our problems. America was founded by getting RID of the problem…. abusive, evil tyrants (socialist). WE need to secede…. AGAIN

no my friend, they are the whole turd, a toilet bowl full of turds, not just a piece

We need need Donald Trump to save our country for the socialist democraps !

I believe you meant, save the country FROM the socialist democraps that I call dimwits. And Mr. Mahoney has admitted they are quite dim in this article!

but, but.. didn’t Trump say “America would never be a socialist country”? What Amerika needs is clear vision (for accuracy) and a bunch of stiff backbones

You want to tax the hell out of us, force us to inject whatever you say, lock us down indefinitely, accept unspeakable perversion and special privileges for those who practice it, and you want to diddle our children!
What’s not to like?
The Democrat Brand has been destroyed!

Maybe if you Dems would stop turning our country into a 3rd world h€||hole you would be more “likeable”.

Well yeah, your party panders to gays, Muslims, illegals, and the rich elites while being totally void of logic.

No one with an IQ above a house plant likes the demonRAT party.

Your likability problem stems from your stupid ideas amd the smug way you shove them down everyone throat. Otherwise they don’t like you because you are a-holes

There’s a very simple way to fix this:

Quit trying to use the government apparatus to control us;
Quit trying to overtax us;
Quit trying to turn the IRS into a department of jack-booted revenue squeezers;
Respect our rights as US citizens;
Respect the Constitution, including the Bill of Rights;
Follow the law, even when it inconveniences you;
Quit tweaking election laws and events to suit your candidates;
Recognize you work for us, not the other way around
And quit trying to go around parents in order to teach our children questionable things.

Let’s go with that for a start.

A DemonRAT was in west Texas recently and one of our pet Rattlesnakes bit him .Herman the rattler died the next day , we buried him inone of his beloved sand hills . We placed a monument on the grave ” Never bite a demonRat it is hazardous to your health”.

Kind of makes one wonder, about the 80 million who voted for the chief clown, and the puppet sting pullers that have near about distroyed this country. I have many friends who lean towards the Democrat way of thinking generally speaking, but the last 18 months have driven them from the party.
Let’s face the truth her Democrats, when people like AOC and the squad, Chuckie and Nancy are more important than the United States of America the you should never ever be allowed to hold any kind of governmental office Local,State or Federal

He is missing the entire point. They have been using their lower and middle class base as cannon fodder for years and now the new base is leaving.

Every day I hear how the democrats are getting more money in their cofers than Republicans so “We, the people” need to continue contributing what we can but remember all that counts at the end is our vote. Let our voices be heard loud and clear at the voting booth.

once again, YOU are to stupid to think for yourself. why you need a professional liar to guide you in making decisions. Mainly that the abusers can spend your money better than you can. p.s. being racist is non-racist today…. we have arrived ! !

You’re damn right you have a likeability problem. That’s why I stopped voting for your treasonous party in 2008. You’re the biggest hypocrites, backstabbers and sellouts. You’re Chinese assets. I also am sick to death of you persecuting Trump and his family.
He at least cares about this country. You would invite the Chinese military in here in a heart beat if you felt it would benefit you. I oppose your anti-American agenda. I oppose virtually everything your party supports. Like the sick transgender ideology. Like killing the unborn all the way to birth. Just to name the short list. In my opinion your traitors!

Well they got one thing correct. Americans aren’t benefiting from the global economy. That’s why Trump’s MAGA message has been heard loud and clear by the large segment of the population. That’s going to be very apparent in November!