CNN has the Worst Take Yet on High Gas Prices

CNN has the Worst Take Yet on High Gas Prices

Twitter users went off on a CNN Business article on Friday spinning recently-lowered gas prices in the country as a “$100-a-month raise.”

The piece, written by CNN Business senior writer Chris Isidore, argued that since gas prices have dropped from their record average highs, people should view it from the perspective that it’s an “unexpected form of economic stimulus.”

Isidore then couched that data in terms of household savings. “Since the typical US household uses about 90 gallons of gas a month, the $1.10 drop in prices equals a savings of $98.82.”

CNN just makes it so easy for its critics. This is some next level gaslighting. https://t.co/Xw0TcAEtSn

So it’s not just the White House changing definitions & twisting the narrative.

Americans are still paying far higher gas prices than they should.

@chrisidore if your employer slashes your pay $200 but then gives you $100 back are you calling that a raise?

Advertisement
Ready to BEAT Biden? It Starts NOW [CLICK HERE]
WaPo Suspended Its Own Reporter for Writing About the Paper
Top Executive Reveals Cause of CNN’s Stelter Firing

The current inflation is Trump’s doing. He was warned of the scope of the danger of the coronavirus in January 2020. He ignored it until he realized it could cost him the election. That’s when he ordered the vaccine. However, when the vaccine arrived, Trump had no way to distribute the vaccine. Biden had to figure that out and Biden brought the virus under reasonable control by later 2021. By that time companies, especially the oil industry decided to gouge American consumers to make up for what they lost during the Trump virus recession. (All along we had as much oil as we had before the recession,) The whole problem would have been avoided had Trump acted in January 2020, when he was first warned about the seriousness of the virus.

Bullshi*. Youre an indoctrinated idiot…CNN babysat.

Richard, undoubtedly you are a liberal that hasn’t a clue of the real world. You are sorrily misinformed as your spiel exemplifies!

It that were true, and they could prove it, why are they blaming Putin and the Ukraine war?

u r completely insane…the demoncrats are the ones that downplayed the virus from day one..Trump did everything humanly possible to fight it..and protect the American ppl..and not even going to touch your ridiculous BIG FAT LIE.. about the oil.since everyone knows we were energy independent..and now we are energy dependent..biden called Trump’s travel ban with China being xenophobic and fear mongering..and peelosi said come on down to Chinatown..nothing to fear here…as did the demoncrats in NY…and even Dr Fraudci said that Trump DID HAVE THE VACCINE DISTRIBUTION PLAN IN PLACE…

Did you graduate from Boston University’s economics program, too?

Time to come back from never never land Peter.

Ha, HA did you think we wouldn’t recognize you senile joe? or is this your scabbed up knees vice kamallala? . Blame trump for that rain we are going to have in the near future, maybe blame trump for NASA boondoggle that they call Antares? I have a electric bill, DARN THAT TRUMP, I don’t have student loans, DARN THAT TRUMP.

Wow lightning and thunder the big wind is finally here. This is what it has brought us. A leftist who finally says what Trump is guilty of. You first have to be right instead of loyal to your Cult. When Obama was in office there was Sars. Face masks were handed out and used. This virus was kept under wraps. Not a lot of people remember what transpired. Obama never used that money to replace the masks. Hydroxychloroquine and UV-rays Trump wanted to use. Hydroxychloroquine kills Malaria and has been effective on this virus. Those of you socialists that yell the loudest are the dumbest.

And some of us wonder who it is that could possibly support the Democrat Party?
Well Richard here confirms that some in this country are totally deluded and lost!

The main stream media has turned into: 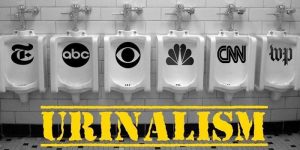 Let’s look at it the right way: YOU’RE PAYING AT LEAST SEVENTY-FIVE PERCENT MORE FOR GAS NOW THAN WHEN TRUMP WAS IN OFFICE.

Biden needs to be put out of his miserable life like he did to his Artistic Child, over 20 years ago, he knew he could not make it with an autistic child in politics so he got rid of the problem and now he is not our president and we all know it and he is out of his beloved mind we all know that too, and Donald Trump has not taken this fraudulent case to the FISA Court showing the fraud, leaving us with a person who has literally destroyed this country, We need a break from this Democratic Party and Biden himself, the time is now to get all Americans who want america Back to walk into Washington DC and stand in and around the capital and demand the Democratic party to get out of our office and swear in Donald Trump again and yes still allow him to run a third term in 2024, to fif what the democratic party has done to our country, imagine how many republicans were not elected as to the destruction of the voting during the 2020 Election we had taken over both houses at that time, and believe it or not this is how Obama got into office too as Obama had filed 23 cases in the High Court the Supreme Court of the united states and many was about voter fraud in Absentee votes the same as Donald Trump and look how many cases the High court heard for Donald Trump, Not one this is a clear showing of Bias and Prejudice of the Supreme court of the United States, that should tell everyone everything they need to know, the system was set up and they knew it and did not want to go against the democratic Party as their days would be numbered if not their lives, it is time to take America back from the murders and robbers and become a united system again and get rid of all the fools in Congress as there has to be guide lines that they have to meet, like being in the country for more then 15 years which many other countries have and a special schooling for any election official not some house wife who hates Americans.

If for some insane reason anyone would believe that the lower gas prices are some sort of “gift” or a “pay raise” they’d have to reason that it is Putin who is giving it to them. After all, it’s Putin who caused the gas price hike right? What the F*** is this fool talking about? Why does he have a job as a writer?

Oh, ya! Here’s how CNN can actually offer everyone a rebate on their taxes. Raise the price of gasoline to $100.00 per gallon, then drop it to $10.00 per gallon, offering the public a savings of $90.00 per gallon. Then based on CNN math, take that 90 gallons of gas used a month times $90.00 = $1,800 savings. That should almost take care of peoples income tax. Wow, what a magic way to settle the economy.

Are those the high gas prices that have been steadily falling for a few months now?

Until …. If the democraps stay in control u can bet everything u have that gas will then zoom to $8/gallon! Force those ev on u!! Haha! Fool u once shame on them – fool you 22 + times u r idiots!!!!
How many times do u keep voting democraps and things never change- same ol same ol!

Are there ten people that watch that station? Their ratings are in the same cellar as blow hole joe’s.

Gas still costs twice what it did two years ago, But CNN thinks I should look at a drop of a few cents as a gift from brandon

Funny, they said nothing about the price of food or everything else we now pay more for!

Sounds like 1984. They actually decreased the chocolate allowance but told everybody it was an increase so they bought it. Not think time.

CNn will obviously NEVER learn a lesson, and they will be the MAIN reason that the right takes the helm(s).

This is what cnn learned in school, if I have 10 apples and five are stolen, I’m up five apples.

This is why no one with a brain watches CNN.

The dam game plan for stupid people to vote for them. Get gas prices down just long enough to make then=n look good before the elections. Then, if they keep congress and the senate – give the people a present and hike prices higher than they were this summer. So go ahead and aid the dems to destroy the country. Believing they will make things more equitable and better for you is a dream.. Their form of equity is they rule and you drool. Idiots who vote for the dems will find equity as they starve along with everyone else and have far less than they have in their freedoms now.

Logic has always been a weakness of the left.