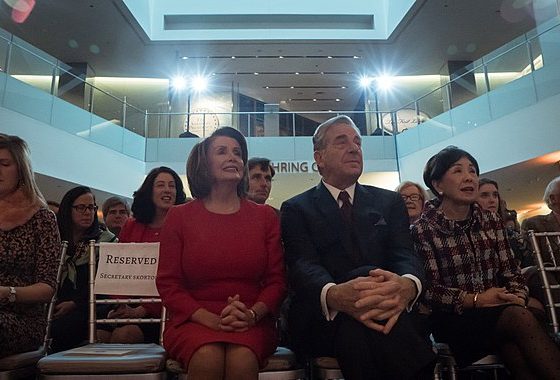 Speaker Nancy Pelosi’s multimillionaire husband, Paul Pelosi, pleaded guilty to driving under the influence and causing injury on Tuesday in connection to drunk driving charges back in May.

Pelosi’s plea agreement includes a jail term of five days, although Judge Joseph Solga noted that he already had credit for four days, two from actual time served and two for conduct credits. The remaining day will be covered by an 8-hour work program.

The sentence also includes a three-month drunk driving program, one year with an ignition interlock device, restitution payments, as well as three years of probation.

As part of the agreement, Pelosi pleaded guilty to violating California Vehicle Code 23153(a), and a second charge was dismissed in the interest of justice.

Pelosi was not present in court, but his lawyer for the speaker’s husband, Amanda Bevins, appeared on his behalf in a Napa County, California, court.

So, he can’t even be bothered to show up in court? This is white privilege!!!

The lion of the senate was at least guilty of voluntary manslaughter.

It’s the privilege of having the money to pay an attorney to show up for him. With the details worked out beforehand and no more jail time ordered, he didn’t have to be there.

How about that he cleans up the streets of San Fransisco with a tooth brush.

It would seem by seeing the verdict that there is a double system of producing punishment in this country by the courts. California law dictates if you’re involved in an accident and the cause was from alcohol and the other person is injured or killed by your deeds, you are guilty of a felony with a minimum of 5 years. 5 days, this is a sham on the system but then what can you expect, it’s California and they’re democrats!

On his CA DMV record