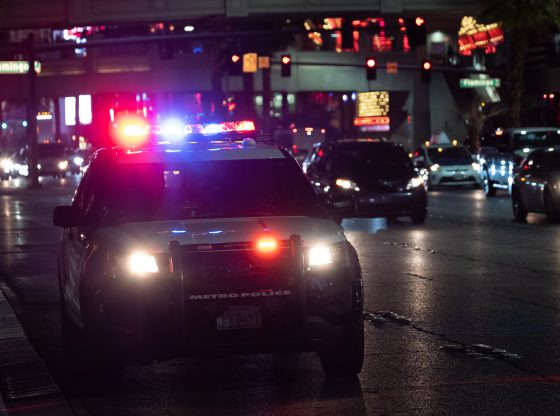 Review-Journal Executive Editor Glenn Cook said in a statement that Telles’ arrest was “an enormous relief,” but that the newspaper was “outraged that a colleague appears to have been killed for reporting on an elected official.”

Telles lost his primary election in June after reporting by German cast a negative light on the county’s management.

BREAKING: Clark County Public Administrator Robert Telles is taken out of his house on a stretcher and loaded into an ambulance. Telles has been arrested in the slaying of @reviewjournal investigative reporter Jeff German. Story: https://t.co/vAhxjgdlzU pic.twitter.com/heEsWlBvJr

Earlier this year, German reported on several scandals impacting the city under Telles’ management. German broke a story in May revealing that several current and former employees alleged Telles had created a “hostile work environment.”

The report also said city workers claimed that Telles had an “inappropriate” relationship with staffer Roberta Lee-Kennet. Footage given to German and published by the Journal-Review showed the two, both married, meeting in the backseat of a vehicle.

Police believe the murder to be connected to an altercation between German and an unknown individual on Friday. The suspected killer wore an orange construction vest and wide-brim straw hat. The suspect may have been casing the neighborhood.

he tried to pull a clintonized but they caught him

Typical democrat behavior. I would expect nothing less.

He shouldn’t have exposed DIMM corruption! I’m surprised it wasn’t announced as a “suicide.”

This is a Democrat. He will confess to committing the murder. Then get acquitted. Then be nominated for DNC President. Anyone who complains will be murdered.