Thanks to Biden, Americans are Far Poorer

Thanks to Biden, Americans are Far Poorer

Photo of a wallet with almost not money inside / Photo by Chris O'Neil
| By: TTN Staff| Politics | 7748 | 11 comments
Advertisement
Save America From Socialism [Click Here to Support John James for Congress]

American household wealth took a staggering nosedive during the second quarter of the year, according to the Federal Reserve’s report that dropped Friday.

Household net worth fell by $6.1 trillion between the end of March and the end of June, Reuters reported. Through the month of June, Americans’ collective wealth fell by more than $6.2 trillion from $150 trillion at the close of 2021.

Economic woes are continuing to afflict Americans. More than half of Americans say rising prices are making their lives worse, a percentage which increased steadily from previous months, according to a Gallup poll published in September. Seventy-four percent of respondents who said their financial situation was severe made less than $48,000 a year, according to the poll.

An economist at the Heritage foundation estimated the average American worker has lost almost $3,400 in annual income since Biden became president.

Joe Biden’s Treasury Secretary Janet Yellen insists she is persistently optimistic, but Americans who are now much poorer than they ever were before may differ in their opinions of the economy.

The 80 million plus idiots and morons got exactly what they deserve.

I didn’t vote for this wacko–I want my money back!

LOL…I don’t think there’s a money back guarantee on the worthless fuck.

IF the red states seceded, we could stop the pain and end the regulation (fed)

it went bad before 1861. The republic was destroyed in 1865, 660 000 murdered. The survivors were all enslaved to the Den of Corruption. Know your history, don’t drink the kool-aid

The government is taking from us far more than they promised to give to us. They make us these stories to trick us with wasteful social programs without the public having a choice. It’s better to let the private sector manage most of these things ONLY with a partnership with government NOT patronization to put us down in degraded humiliation. 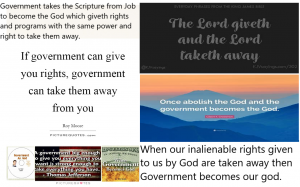 I never fell for their lies. I knew he was BAD NEWS!

Joe is doing as instructed.