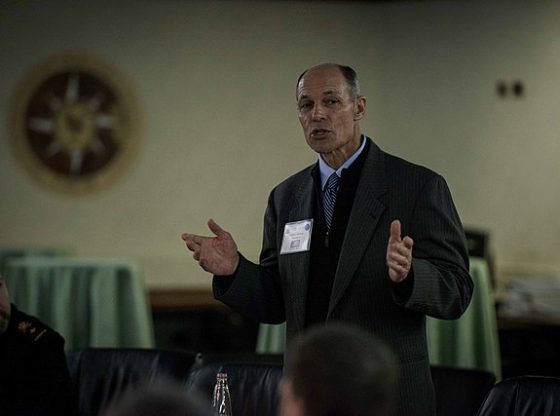 According to accusations made by Democrat U.S. Senate nominee Mike Franken’s ex-campaign manager, the candidate made “several” unwanted sexual advances toward women, including her.

A police report showed the alleged assailant’s name blacked out. However, the Iowa Field Report, which first reported on this, indicated that “context clues,” including staffers’ names and positions, revealed that the alleged assailant is Franken, who is running against longtime Hawkeye State lawmaker, Sen. Chuck Grassley (R-IA).

The report indicated that the alleged incident also happened near an Ace Hardware parking lot after Franken and Kimberley Strope-Boggus had drinks at a bar in Des Moines on March 18.

Hawkeye State Senate Democrat nominee’s former campaign manager said that Franken “grabbed the collar of the vest she was wearing and kissed her on her mouth” before she could “pull away.” After the alleged assault, Strope-Boggus indicated that the two kept in contact but never spoke about the incident.

According to Iowa Field Report:

Following the alleged assault, Ms. Strope-Boggus said she stayed in contact with Franken and spoke with him but didn’t discuss the incident specifically, according to the report.

Strope-Boggs described Franken as “old school” due to his “1950s interactions with women.” She said it was “something that he has done to several other women.”

May I recommend that the charges attain a capital sentencing option?

Just quit and move on. Everyone seems to want their 15 minutes of fame.

So he forcibly kissed a lesbian? So something he has done to “SEVERAL” other women! Names please? It seems Becky is worried he may have TURNED her/lol Usually in the lezbo unit, there is a dominant one who manipulates the sheet out of the weaker one to give them no option but to succumb to being gay!
I digress, it is not o.k. to push yourself on another person even if you got the signal crossed! It appears Kimberly didn’t think much of it as she was still in contact with him and didn’t mention it..
If this were done at a college bar, and the actors were college age, It would be the biggest nothing burger. Come to think of it, if it were not for the Bent Karen/Becky, it still WOULD be a nothing burger! MEH!!

His name was blanked out on the police report? Looks like whoever handled the report should be investigated for obstruction of justice.

Just following the lead of “The Big Guy.”