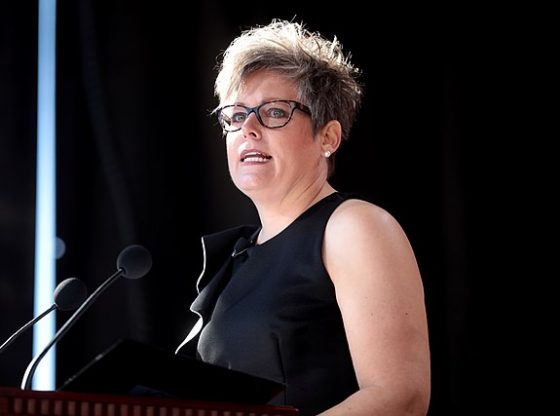 The Arizona Clean Elections Commission (CEC) ripped Arizona PBS after it was forced to postpone a question and answer session with GOP gubernatorial candidate Kari Lake. The move came after PBS gave Democrat gubernatorial candidate Katie Hobbs a glowing one-on-one interview instead. The group branded the move by PBS “disappointing.” Now, Hobbs is getting heat not only from the CEC, but also Lake.

The CEC released the following statement:

This decision is disappointing, especially following the multiple attempts on behalf of all the partners involved in producing this year’s General Election debates, to organize a traditional gubernatorial debate between the two candidates.

As a matter of state law and under the direction of its commissioners, Clean Elections proceeded with its obligation to arrange a Q & A interview for candidates who agreed to debate but whose opponent elected not to participate, which is how the Q & A with candidate Kari Lake scheduled for tonight on Arizona PBS came to fruition.

Given today’s events, and the need to obtain additional information regarding the last-minute developments, the Commission will postpone tonight’s Q & A on Arizona PBS and will identify a new venue, partner, and date when the interview will be broadcast.

According to Breitbart News:

The CEC added that PBS “broke from [their] shared practice.”

After the news came out, Lake held a last-minute press conference outside of Arizona PBS at Arizona State University’s (ASU) Walter Cronkite School of Journalism and Mass Communications, where she ripped Hobbs, the university, and PBS.

“Unfortunately, I’m running against a coward who’s afraid to stand on the debate stage and talk about what she wants to do for Arizona,” said Lake. “And unfortunately, PBS and ASU have done a backroom deal with that coward to give her airtime that she does not deserve.”

“I need to remind people that it is we, the taxpayers, who own PBS and who own ASU. This is not the DNC that owns this, and what’s going on here is absolutely wrong,” she added.

Lake added, “I do know that she’s a coward and she’s afraid that her racist past is going to come out and she doesn’t have a response to it.”

.@KariLake: “[Katie Hobbs] is a coward and she’s afraid that her racist past is gonna come out and she doesn’t have a response to it…She’s afraid to answer the questions.” pic.twitter.com/MpgYN5bZr9

What else does a voter need than the obvious lack of character Hobbs has! Don’t be stupid AZ, stop voting for RATS!

When President Trump was in office, he suggested defunding PBS – well he was right – it’s just another propaganda arm for the destructive Biden administration and the duplicitous, mendacious Democrat party

This is ELECTION MEDDLING…THIS IS HOW LOW THE NAZI DEMOSHITS WILL GO…THEY HAVE NOTHING TO RUN ON…HIGH INFLATION, HIGH GAS AND FOOD PRICES ALL AS A RESULT OF NAZI POLICIES

And our fearless leader is worried about world inflation not America’s.

Remember, in 2020 Sleepy Joe didn’t show up much in public. He still cheated (I mean won) the 2020 election. Hobbs is just continuing the practice of “Dodge the Public and steal the election”! Don’t expect any other outcome in Arizona, other than a Hobbs win! The dems have too much to lose to allow Lake to win.

Because or its collective radical left-wing ideology, I refer to PBS “news” programs as Pernicious Bolshevik Sewage.

Let our votes be the power of the people but vote wisely not just party line. I am an independent voter so am not affiliated to either democrat or republican party

screw hobbs, the demoshill-PBS, and demonRATsin general,…. may they all cry when Lake is Elected and sworn in !

Is hobbs the best the dem’s can do? Sh’s absolutely terrible, stupid and disgusting. Kari Lake is intelligent, interesting,and has a message, and projects an image that she will get things DONE ! hobbs doesn’t project much of anything, but she’s good at HIDING- things we DON’T need in a Governor.

PBS began as a good idea–in 1970–as a commercial free broadcasting station that in theory would not be influenced by commercial monies. According to fortune pbs and npr receive roughly $450 million annually in taxpayer money, that sum is 7% of pbs’s budget and 1% of npr’s budget meaning 93% of pbs’s funding and 99% of npr’s funding comes from private donations. My math’s a little rusty but I’m pretty sure those figures indicate that combined both get TRILLIONS in ‘donations.’
Big money buys ‘favors’ and it’s easy to see which party they favor.