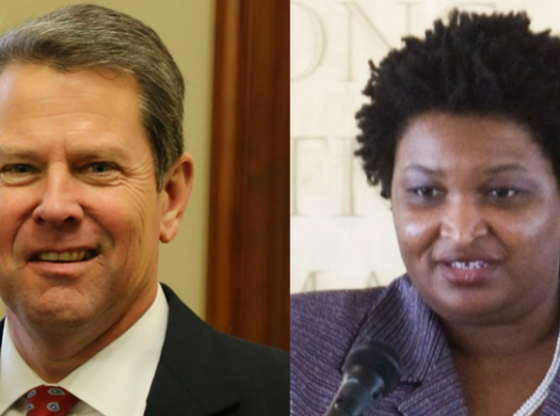 “I support safety and justice. No sheriffs are endorsing her statewide because of her stances on wanting to Defund the Police, eliminate cash bail, and serving on the boards of organizations like the Margurite Casey Foundation that supports and gives grants to organizations that are promoting the Defund the Police movement.”

Kemp was criticized by Democrats for his voter integrity laws in 2021, which they referred to as “Jim Crow 2.0” But Kemp pointed out that black voter turnout in Georgia has steadily increased since the law’s passage.

“In 2018, in the governor’s race, we had the largest African American turnout in the country. She said that Senate Bill 202, our recent election integrity act that we passed two years ago, would be suppressive and Jim Crow 2.0. Just this past May, in our primaries, we again had record turnout in the Republican primary and the Democrat primary. In Georgia, it’s easy to vote and hard to cheat.”

STACEY ABRAMS: "I began my speech on November 16 [2018] acknowledging that Gov. Kemp had won the election."